Following Michael Fabricant’s recent article in the Telegraph where he suggests that the US Ambassador visit Lichfield (see the article here) the United States Ambassador to London, Woody Johnson, has tweeted: “Spot on from Michael Fabricant! We Americans don’t forget who our friends are! And I’m definitely up for a trip to Lichfield. Can we stop by the nearby British Armed Forces Memorial? I want to pay America’s respects.” 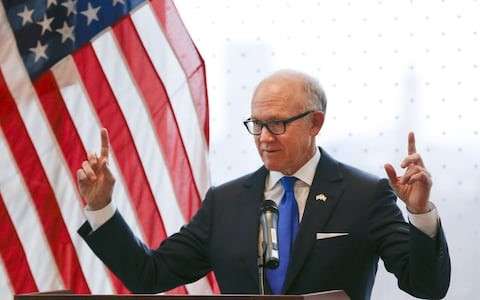 In reply, Michael Fabricant tweeted back:  “Really looking forward to showing Ambassador Woody Johnson Lichfield, our Cathedral built in 1280, and – of course – proud to show off the National Memorial Arboretum in my Lichfield Constituency. We will honour those who have fallen on behalf of both our nations.” 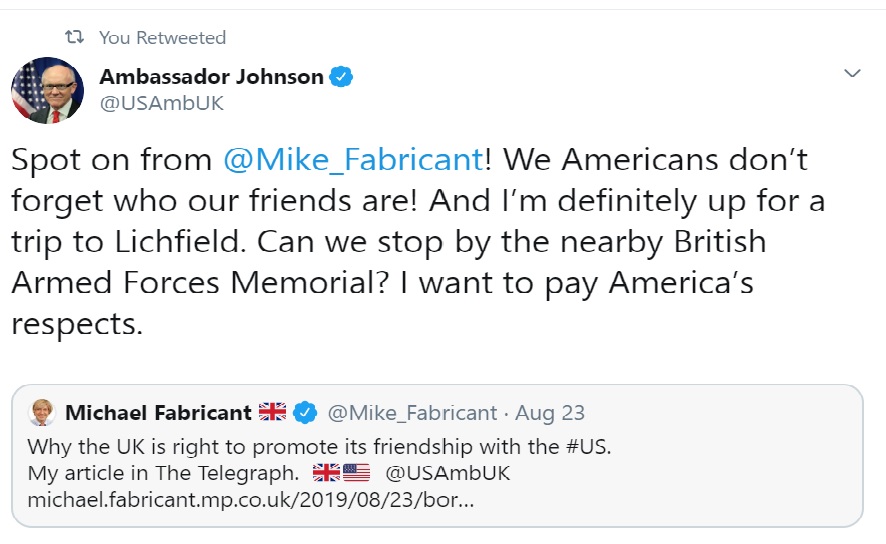 Michael Fabricant says “There are powerful bonds of history, a common language and culture as well as a legal system born from the same heritage that bind the United Kingdom and the United States together.  I hope a date can soon be found when His Excellency the Ambassador can visit Lichfield and the National Memorial Arboretum.  He is an enthusiastic supporter of all things British.

“As the UK leaves the European Union, it is important that we strengthen existing ties with the United States and the Commonwealth.

“These are exciting times for the future of our nation” Michael adds.