I had a very useful meeting with the Chair and other volunteers of Lichfield Foodbank on Saturday.  We agreed a number of practical steps that can be taken to reduce foodbank usage which while low – around only 0.5% in the City of Lichfield – ought to be lower, if non existent.

In particular, at the Foodbank’s suggestion,  I have this morning tabled Parliamentary Questions to Rishi Sunak the Chancellor of the Exchequer and Therese Coffey the Secretary of State for Work and Pensions urging them to uprate benefits immediately in line with inflation rather than in the Autumn which is the usual time for such changes.  I believe this is necessary as the rate of inflation due to the war in Ukraine and the embargo on Russian oil has caused world grain and fuel prices to soar.  People on the breadline cannot afford to wait until later this year. 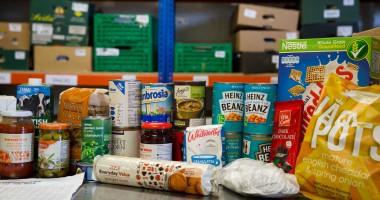 I will also be taking other steps and look forward to working with the Foodbank as and when the need arises.

Foodbanks exist worldwide and I now understand there are over 2,000 food banks in Germany alone; the richest nation in the EU.  So I think it important not to politicise foodbank usage:  MPs of all parties should be able to work together on this.  In the meantime, I encourage everyone to donate non perishable goods at their local supermarkets and I congratulate those volunteers who work at foodbanks.

Further information on foodbanks can be found HERE.