Pax Americana is not dead yet

With former British Prime Minister Tony Blair calling the manner of the U.S. withdrawal from Afghanistan “imbecilic,” it’s fast becoming accepted in Europe, and particularly in the United Kingdom, to write off Pax Americana and the influence of America on the world stage.

Following the collapse of Afghanistan, comparisons have been drawn between the decline of Britain in those dark years following World War II and the United States now. Critics point to impotence abroad and division at home. And the Washington Examiner’s piece “US General tells British special forces: Stop rescuing people in Kabul, you’re making us look bad” just shows how bad it has gotten. 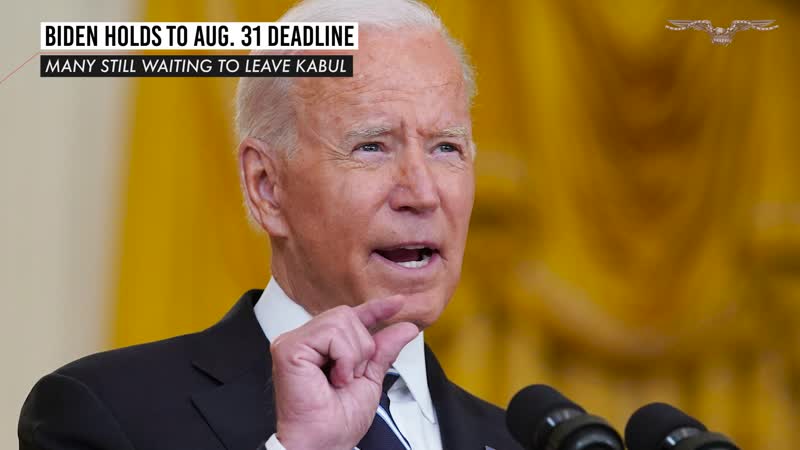 But the commentariat are wrong. Some are certainly engaging in wishful thinking. America remains deceptively strong, and the foundations of its global dominance are unshaken.

Of course, it would be absurd to deny the seriousness of the current moment. President Joe Biden’s botched withdrawal from Afghanistan represents America’s most humiliating moment on the world stage since the 1979-81 Iran hostage crisis. Biden had better wake up, or he or a Democratic substitute won’t see a second term.

However, what we are living through right now is not the twilight of American hegemony but simply the nadir of a regular cycle of American self-doubt and renewal.

During the 1970s, America faced a similar period of malaise and weakness. The decade that saw the fall of Saigon was plagued by political instability, rising crime, a sluggish economy, and intergenerational strife. Then, as now, pessimistic predictions abounded about the health of the nation and its place in the wider world. Enter Ronald Reagan, George H.W. Bush, and resounding victory in the Cold War.

Even if there is no Reaganesque figure waiting in the wings to take over from the Jimmy Carter-like Biden , reports of America’s death are premature. Proponents of American decline have yet to provide an answer to the following conundrum: Who can match, let alone surpass, the U.S.?

In the ’70s, it was supposed to be Japan; now, the commentariat prophesy it’s China’s turn. (Russia doesn’t have a chance; its economy is weak with a gross domestic product only just over a half of that of the U.K.). But while the Chinese economy is an undoubted juggernaut, its GDP is just two-thirds of that of the U.S. and has slowed to a crawl. And while our undignified retreat from Afghanistan has posed questions over the West’s determination to fight future wars and defend Taiwan against Chinese aggression, China’s military spending at over $200 billion is dwarfed by the U.S., which stands at about $715 billion.

This is reflected in the available hardware of war. While the U.S. currently has 20 aircraft carriers in service, with a further three in reserve and three under construction, China has only three, with another three on the way. This disparity is reflected in other areas too, from fighter jets to nuclear weapons. The only arena in which China has a definitive edge is in terms of total military personnel, but infantry-based battles will not win wars.

With this yawning gap in military capability that already exists between the two countries, it’s hard to avoid the conclusion that China cannot realistically hope to catch up in the foreseeable future.

Demographically, China faces a ticking time bomb of stagnant birth rates and an aging population, with the median age in China projected to far surpass the U.S. in the coming decades. Like Russia, China is bordered by large states that are friendly to the U.S., and China’s actions in Hong Kong and against the Uyghurs have only served to push developing powers such as India and Vietnam further into the arms of Uncle Sam.

And this is without even mentioning the West’s cultural dominance, which is stronger than ever. If China is second to the U.S. in economic and military might, in cultural terms, it would probably struggle to crack the top 10. The entrenchment of English as the world’s lingua franca further guarantees American cultural hegemony.

Hundreds of thousands of Chinese students flock to the U.S. and Britain every year to study at our world-class universities, with very little movement going the other way.

And while many see the current social conflicts in the U.S. as evidence of weakness, they are actually a strength, a sign of a society that is constantly striving to better itself one way or another. It is this introspection that wards off complacency.

After all, America is an empire of immigrants, constantly renewing and rejuvenating the nation, in stark contrast to the rigidity of China. There is no “Chinese dream,” no lofty ideals for its people to aspire to, merely communist dogma and imposed cultural homogeneity. What many in the West see as order and self-assurance is simply a charade, a result of China’s closed society. We can only see what the Chinese Communist Party wants us to see.

While the horrific scenes of desperation at the Kabul airport shame the U.S., they are also a reminder of something else: For all America’s warts and problems, people still risk their lives to try their hand at the American dream. That, more than anything else, is why American dominance will continue long into the future and, inevitably, why this debate will crop up again.

The Washington Examiner article can be read here.

(A slightly different version was also published by Conservative Home)