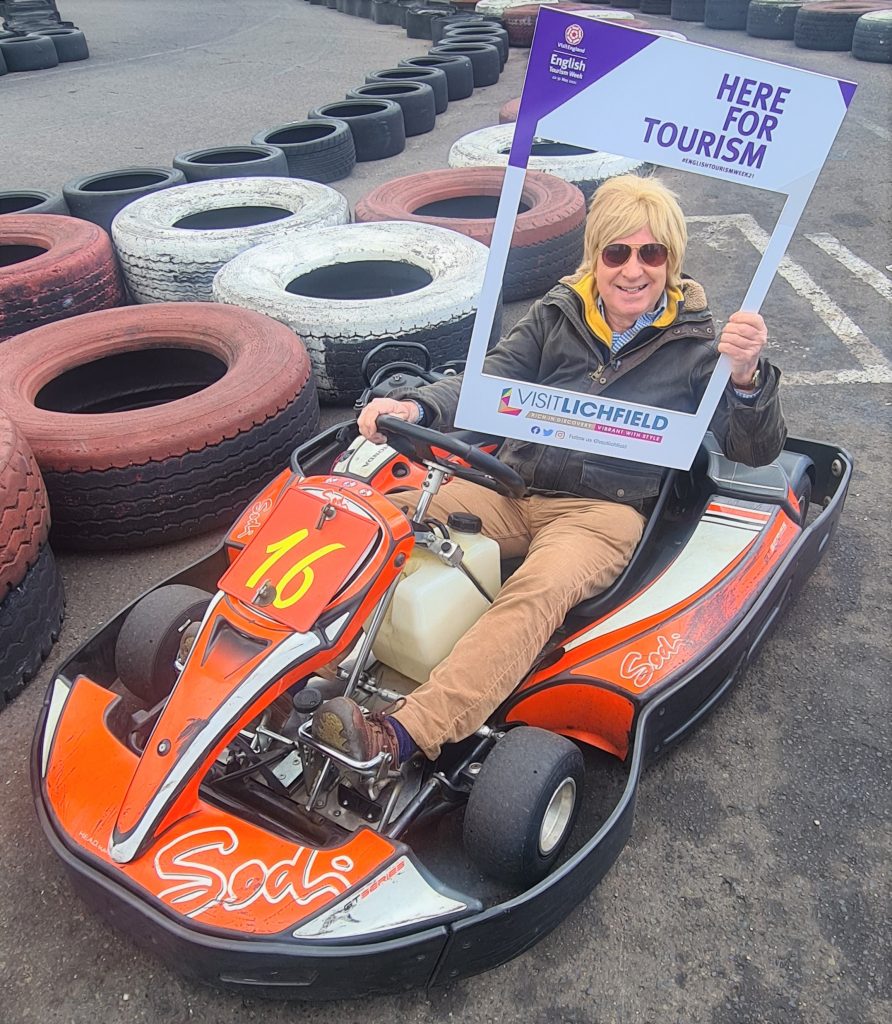 “With foreign holidays still looking dicey this summer – I haven’t booked anything yet – staycations might well be the order of the day” says Michael Fabricant.  “There are some wonderful venues in the West Midlands – the canals around Birmingham, the history of Stratford upon Avon, and two great amusement parks.  But Lichfield District it the hidden gem with Lichfield City’s 800 year old cathedral and medieval streets packed with restaurants and bars and the nearby National Memorial Arboretum near Alrewas.

“But to mark English Tourism Week this year, I wanted to do something different.  So I had a drive on a Go-Kart at Midland Karting in Fradley and then went to Fradley Junction which is a beautiful confluence of two canals and features waterfront cafes and a fabulous Victorian pub.

“Lichfield District has so much to offer.  My aim is for it not to be such a well kept secret!” Michael adds.

Photos show (1, l to r) Iain Eadie, Michael Fabricant, and Gary Mitchell (MD of Midland Karting) and (2 l to r) Cllr Iain Eadie who is Deputy Leader and has responsibility for Tourism in Lichfield District and Michael.