Michael Fabricant has declared that HS2’s consultation which was forced on it by a House of Lords amendment to the legislation for Phase 2a (Birmingham to Crewe) and which was subsequently agreed to by the House of Commons is “a total sham and an insult to those living and working along the route.”

Michael adds:  “The consultation was forced on the Government and HS2 when I and a number of other MPs made it plain they would rebel if the Government attempted to reject the Lords’ amendment forcing HS2 to consult further.

“The consultation is promoted to householders and businesses along the route by a leaflet.  However, that leaflet contains the following paragraph which negates the whole point of the consultation:

‘Given the extensive consultation already undertaken for Phase 2a and consideration of the scheme by both Select Committees in Parliament, the Government does not intend to make changes to the Phase 2a scheme or to its planned construction programme in light of this consultation.’

“This sly paragraph makes it clear that HS2 do not intend to take the consultation seriously.  This is in breach of the spirit of the law the Government has only just passed and its arrogance has been the hallmark of the way in which HS2 has consistently behaved. 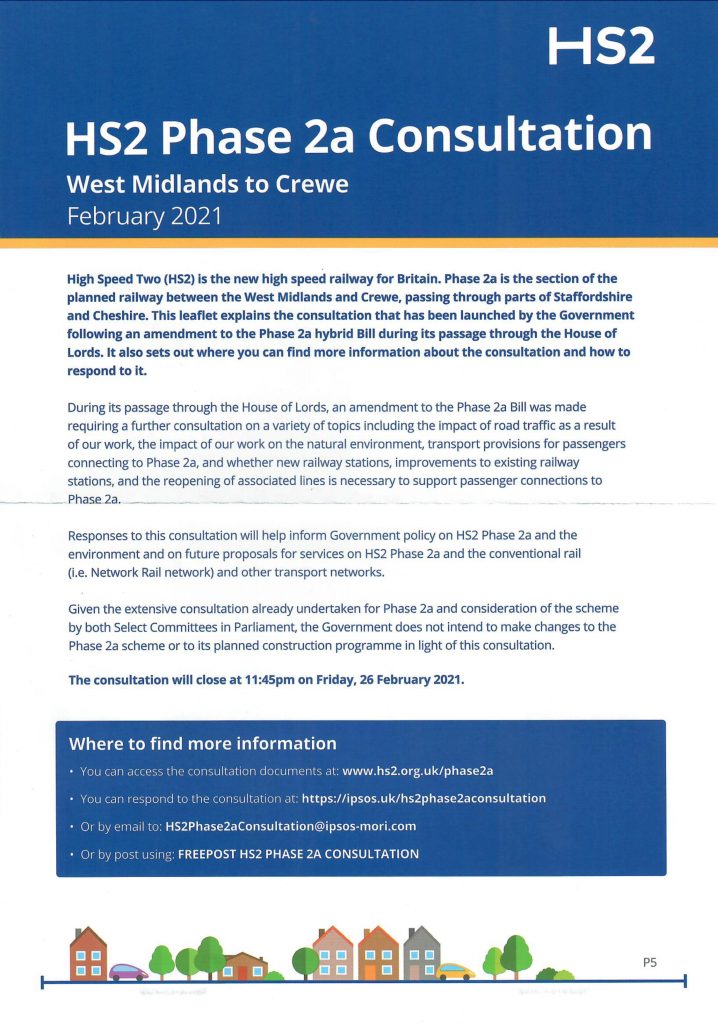 “Once again, this so-called consultation has demonstrated the contempt HS2 holds for those living and working along the route and fails to protect the natural environment the rail line will destroy. The more the economic case against HS2 becomes compelling, the more HS2 thrashes around to avoid its responsibilities.

“I am now taking this matter up with ministers at the Department of Transport.”