“This step brings the possibility of opening up the Lichfield to Burton line one small step closer” says Michael Fabricant.  “We visited the signal box which is adjacent to where a new ‘National Memorial Arboretum at Alrewas’ railway station might be. 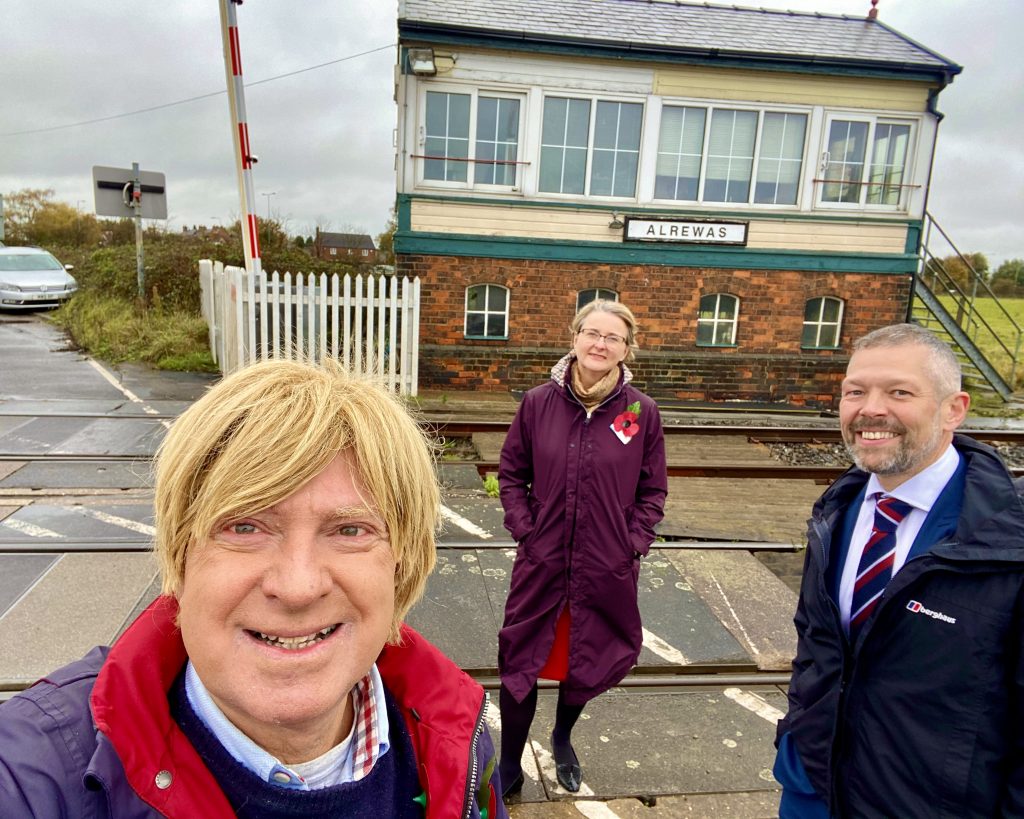 “Malcolm Holmes explained that, if approved, the opening of the line will be done incrementally with a single platform a short distance down from the Alrewas signal box where the line becomes single track.  Initially, trains will be non-electric and may be hydrogen powered fuelled from a small hydrogen production plant already planned to be opened in Birmingham.  If the route is a success, the line might eventually be electrified and the Alrewas station moved to be adjacent to where the signal box is sited and with two platforms.  An overhead pedestrian crossing will eventually connect the station with the village of Alrewas.

“Philippa Rawlinson told me that many visitors will be able to walk the short distance from the station to the NMA, but an environmentally friendly shuttle service will be available to those unable to make it by foot.  This will be operated by the NMA who regret the fact that the only way this important national place of remembrance can currently be reached is by road.

“I first suggested the re-opening of the line for passenger traffic some four years ago and I am pleased that the Government and the West Midlands Mayor, Andy Street, support it in principle.  It makes good sense to use an existing railway line and provide direct access to England’s second city.  I am really pleased that the West Midlands Rail Executive are thinking imaginatively about the line with the use of hydrogen and other innovative methods to provide traction.”