The current negotiations focus on the future relationship between the UK and the EU which must be based on friendly cooperation between sovereign equals.  Yet the EU are now using the Northern Ireland Protocol to threaten to impose a food blockade between Northern Ireland and the rest of the United Kingdom.

I believe this to be totally unacceptable.  This is why the Government is now introducing its United Kingdom Internal Market Bill  – to protect the people of Northern Ireland.

The British people voted for Brexit – over 64% did so in the west midlands – and this does not mean continuing to be subject to European Union Law nor surrendering British Territorial Waters to the EU – both of which are currently being demanded of the UK by the EU. It is the UK’s refusal to accept these terms which have given rise to the current threats to stop food transfers.

The EU is currently facing major internal political and economic turmoil with strong withdrawal movements established in France, Italy, Sweden and elsewhere.  I sympathise. As a consequence, the EU is now trying to demonstrate to its member states that leaving the EU is not an option by taking an unreasonable line with the UK. I am not prepared to support this in any way.

The United Kingdom Internal Market Bill establishes, in effect, its own “backstop” which will ensure that the Government is always able to deliver on its commitments to the people of Northern Ireland. This will protect the communities and the peace process in Northern Ireland from damaging default rules that neither the UK nor the EU should ever intend to use.

The Northern Ireland Protocol was designed to ensure that the UK’s exit from the EU was consistent with the Belfast Agreement and respect the balance between different communities’ interests.

Provisions in the UK Internal Market Bill will ensure, as that Protocol intended, that Northern Ireland is fully part of the UK customs territory by guaranteeing that goods moving within the UK will never pay EU tariffs. They will also ensure that Northern Ireland businesses have unfettered access to the rest of the UK, as per the Protocol, without any need for extra paperwork.

Suggestions that this Bill goes against the rule of international law are arguable, as the Government will be pursuing this legislation through Parliament, as it would with any other piece of legislation, employing Section 38 of the Withdrawal Agreement which specifically upholds the principle of Parliamentary Sovereignty and recognises Parliament as the final arbiter of UK law. 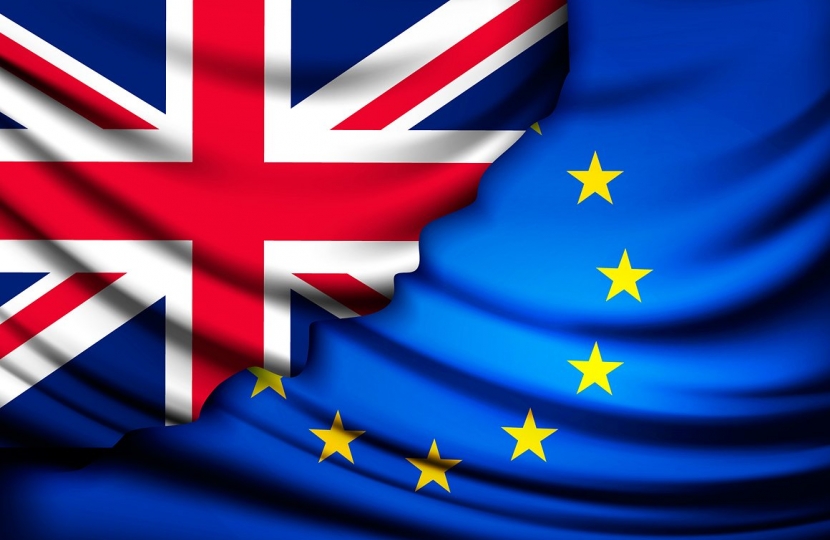 The Bill will not prevent the Government from complying with requirements in the Protocol. It simply ensures that ministers have the power to implement the Protocol in a way that doesn’t compromise the Belfast Agreement, which is itself part of international law.  The legislation, therefore, has my enthusiastic support as it helps keep the promise to the British people to abide by the decision made in the EU Referendum of 2016.

With regard to any extension to the transition period, which has been suggested by some, it would have damaging economic and political consequences for the UK. Our contribution to the EU budget would continue and we would remain under the jurisdiction of the European Court of Justice. The UK left the EU in January this year and the EU’s control over our affairs must come to an end. Further delay would simply be kicking the can down the road and would not focus minds to conclude the negotiations.