We do not just need to protect statues, as creativity risks being sterilised and purged of anything that could cause offence to anyone.

We live in the strangest of times. While the Department of Justice seeks to introduce new laws to protect our national heritage, Britain in 2020 is more tolerant and socially liberal than it has ever been.

Yet culturally, we are re-entering the dark ages. Our history is being erased before our very eyes, while nations, corporations, universities and comedians alike scramble to apologise for past crimes they haven’t committed. How is it we have become so accepting, yet so closed-minded at the same time?

The proposal to replace the statue of Cecil Rhodes with that of Alain LeRoy Locke, an Afro American student who studied at Oxford from 1907 – and one of the many who benefitted from a Rhodes Scholarship – is such an example.  Will the many hundreds of recipients of this scholarship now hand back their “tainted” degrees?

But it’s not all about statues.

Our increased tolerance and liberalism towards minority groups in this country can no longer be in doubt. Even the most pessimistic observers would have to concede that great strides have been made in the past two decades alone.  London and Birmingham are now the most cosmopolitan and racially integrated cities in Europe, if not the world.

An Ipsos Mori poll showed that in 2006, 82% of people disagreed with the notion that you have to be white to be “truly British”. In the last 14 years since, that figure has risen to 93%.

And within the past decade, attitudes towards immigration have also changed dramatically. One Ipsos Mori poll found that in 2011, 64% of Brits believed immigration to have had a negative impact. By 2019, that had fallen to just 26%.

At the turn of the millennium, civil partnerships, let alone same sex marriages, were still years away. According to NatCen, almost half of Britons believed homosexual relations to be wrong in 2000. But by the end of the 2010s, only 15% thought the same way.

Until recently, depression and other mental health issues were taboo subjects, shunted out of sight by the public. No longer.

Yet in spite of all this, we have lurched backwards on a cultural level.

Consider the sight of self-proclaimed anti-fascists defacing the statue of Winston Churchill, the man who led the fight to defeat the most vile fascist in history.

This new form of authoritarianism now extends to almost every level of our culture. 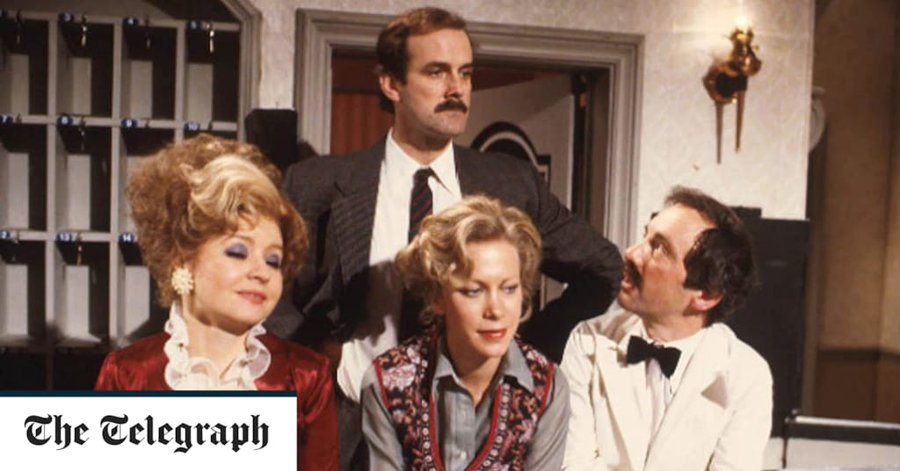 Some comedy shows are disappearing from TV altogether, as is the case with Little Britain, Come Fly With Me, and the famous “don’t mention the war” episode of Fawlty Towers, due to the perceived offensive nature of some of their jokes. The fact that these skits often lampooned bigotry and racism is seemingly lost on today’s pop culture commissars.

Attitudes towards sex and the way women (but not men) dress are also becoming increasingly puritan.

The absurd controversy over the now infamous “beach body ready” adverts in 2015, which depicted a toned woman in a bikini advertising a slimming product, was just a forerunner to the policing of women’s bodies we see today.

What makes these cultural restrictions so pernicious is that they are not being enforced by the government, but rather by society as a whole.

There are few laws against offensive jokes, for example, provided they’re not libellous or overtly discriminatory. However, today’s stifling culture of self-censorship means that many jokes or viewpoints which do not fall foul of the law are nonetheless off-limits, lest those who express them want to be hounded into a grovelling apology.

It doesn’t even matter that the majority of people are opposed to this sort of neo-Mary Whitehouseism. Fear of being socially ostracised is enough to ensure many will nonetheless be compliant.

The implications of such an environment are bleak.

Many classic cultural works, some from not that long ago, simply would not have been able to get off the ground today.

The British creative industries, once a beacon of brilliance across the world, face an uncertain future. Many artists and producers will take the safe road, sterilising their works and purging them of anything that could possibly cause offence to anyone.

The hounding of the actor Lawrence Fox by Equity and other self-appointed arbiters of woke is but one such example.

Issues in the arts involving race, religion or sexuality are becoming sanitised to avoid provoking a firestorm of controversy. Or worse yet, they may just be ignored altogether.

But perhaps the most damaging thing about all this is that it puts the hard-won gains for social liberalism at risk.

By strangling speech and expression under a corset of political correctness, tensions between majority and minority groups will only get worse.

A false juxtaposition between social liberalism and free speech is already emerging, and many will pick the latter, especially if they themselves have little experience of discrimination.

It’s time for social liberals to stand up against this tide of cultural conservatism. We must speak out for free expression, while aggressively defending the values of tolerance and compassion.