With advertising budgets dropping through the floor, I am arguing hard along with Liberal-Democrat MP, Alistair Carmichael, with the Cabinet to support local newspapers and news websites” says Michael Fabricant. 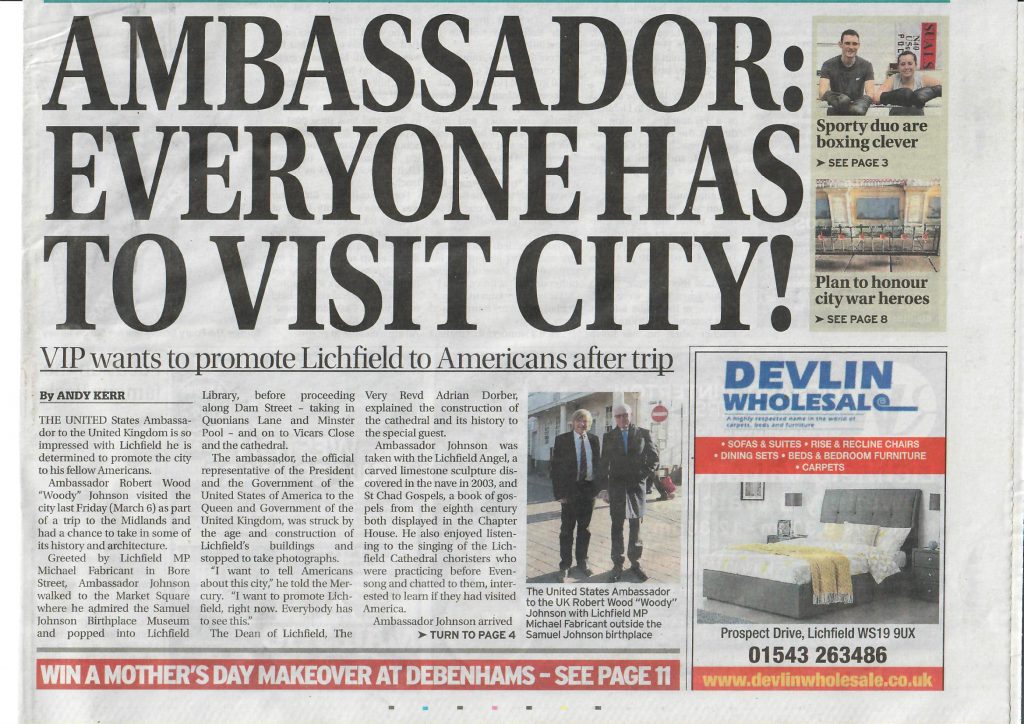 “The Lichfield Mercury has already suspended newspaper production as have many other local newspapers across the West Midlands and the rest of the UK.  It’s time urgently to support local newspapers and news websites by encouraging the Government to fund local and independent media through an increased share of public health advertising spending.

“Independent research shows that local press are some of the most trusted sources of news for our communities – far more so than national papers and broadcast media – and we must support them in this challenging time.  They are vital to our efforts to respond and recover from Covid-19.

“So Alistair and I along with other MPs have written to both the Secretary of State for Health, Matt Hancock, and the Culture Secretary, Oliver Dowden, urging them to divert advertising spend to local media – such as my local media: the Lichfield Mercury, Lichfield Live, and region wide newspapers like the Express & Star.

“I have said to Matt and Oliver that we need to get a fair share of government advertising spend for local and independent press and websites, to reflect both their importance in our communities and their financial needs.

“And I hope it won’t be too long before the Lichfield Mercury is again available as a newspaper edition” Michael adds.