The coronavirus challenge could be the opportunity of a better future

Once in a generation or so, cataclysmic events transpire which shape the future in unimaginable ways. This pandemic is one such event.

But the cataclysm which saw the end of the dinosaurs and the birth of mankind shows that change need not herald disaster. Covid-19 may well spark a societal and political revolution which could ultimately improve many of our lives for the better.

The long-term economic impact may not be as devastating as it looks. While the economy shrinking by 35% in the second quarter of this year (as predicted by the OBR) seems downright apocalyptic, it is worth remembering that the coming downturn was artificially induced by the government to save lives.

Unlike in 2008/09, the fundamentals of the economy still remain strong. The pent-up demand from people being stuck in their homes with little to spend their money on will almost certainly see a splurge of retail spending once restrictions start to ease.

There have already been cases of this. The retailer ‘Next’ recently returned to selling clothes online after a two week absence, but became overwhelmed with so many orders it had to close again for a day.

Similarly, other aspects of our daily lives will slowly return to normal. The Blitz Spirit will ebb away as people go back to work, and we’ll probably all revert back to our awkward, introverted ways – we are British after all.  I will regret that.  Walking around Lichfield on my daily permitted exercise walks, I welcome encounter with others with their cheery waves and greetings.

But some aspects of life may not go back to the way they were.  And this will be a good thing.

With vast swathes of the population suddenly forced into remote working, will the work from home revolution that futurists have been promising for the last decade finally come to pass?

Across the country, and indeed across the world, many companies and organisations are realising that remote working can sometimes be just as effective as being there in person. Since the lock-down, use of public transport has fallen by 80% with rail and tube commuting down by 95%.  And this has led to far lower pollution levels and a greener planet.

Conventional working practices will still endure of course, but one thing this pandemic has shown us is that a Zoom or Skype conference can be just as useful as a physical meeting, and that some workers can be equally as productive, if not a lot more productive, working from home.

The work from home revolution will also have other positive effects. More remote working will mean less money spent on train season tickets for many employees, giving them an effective pay-rise.

Another potential knock-on effect could be more commuters from the Home Counties moving to more distant parts of the country, so curbing demand and reducing exorbitant property prices in London and the South-East.  But first we need to get fast broadband in our more rural areas!

In a twist of fate, this pandemic could do more to redistribute jobs and opportunities around the country (and away from London) than any government policy ever could. 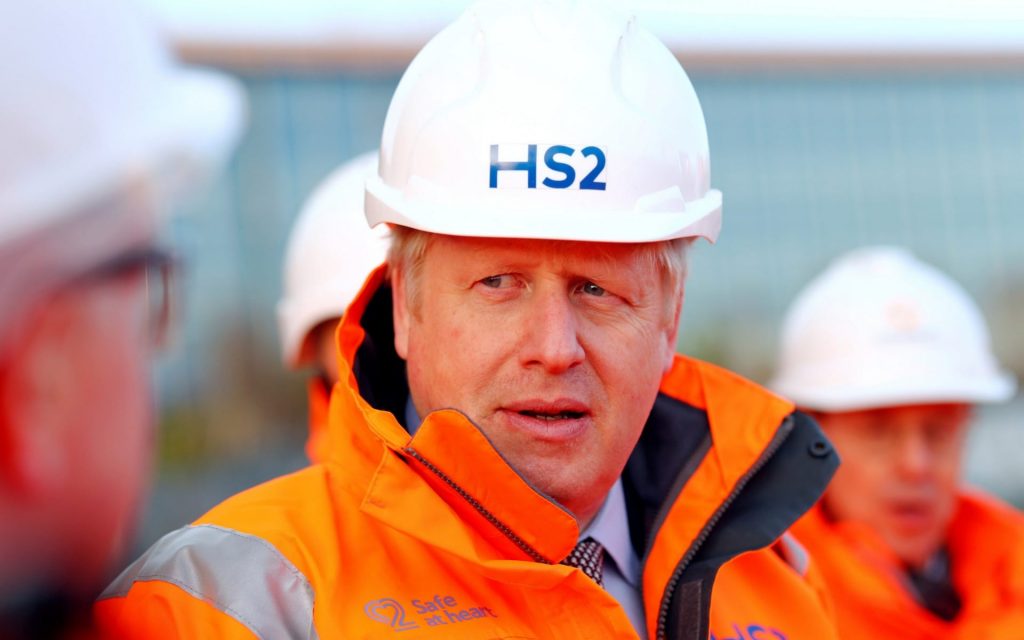 And if distance working is maintained, the already dubious business case for the ludicrously expensive HS2 project becomes even more doubtful.

Much of the legislation for HS2 has already been passed, but can we still justify spending upwards of £100 billion on a high speed line in a world where fewer people will be commuting?  After all, congestion on the West Coast Main Line was the very reason cited for this additional line.

Thanks to the wonders of the internet age, companies are already realising that London is not the be all and end all. Geography will no longer matter as much as it used to. A team in Birmingham, Manchester or Glasgow can do the job just as efficiently. And the high-speed rail link between Birmingham and London advocated so strongly by the West Midlands Mayor will become unnecessary.

It’s hard to understate the potential of just how much this pandemic has to change our lives – for the better. And indeed, there appears to be public appetite for it too.

A recent YouGov poll found that a staggering 85% of people wanted at least some of the social changes that have come about during the pandemic to continue once the crisis has passed.

What exactly should change will of course vary depending on who is asked, but now that people’s eyes have been opened to different ways of doing things, it will be very hard to put the genie back in the bottle.

We are all entering a different world. A world that is more community orientated, where working from home is widespread, and if we’re really lucky, one where HS2 is scrapped for good.

Turn a challenge into an opportunity, I always believe. The challenge of Covid19 could be the opportunity for a better future.