Network Rail have informed Michael Fabricant of further delays to the opening of the lifts at Lichfield Trent Valley station which were originally scheduled to be operational in June 2019.

Commenting, Michael says: “When I met the Network Rail lift planning team back in December 2018, I was delighted that the Government had provided funding for these much needed lifts and I was told they would be open in June the following year.

“I’ll believe that when it happens.

“If my old company had performed in that manner with the construction of far more complex radio stations, we would have gone bust long ago. This sort of limp performance has been reflected in the construction of Crossrail in London too which is delayed and over budget. At this rate, HS2 will not be open until the year 2100 – if then!

“All in all, this is very disappointing and a poor reflection of the competence of this Network Rail team. I will endeavour to keep up the pressure on this project.” 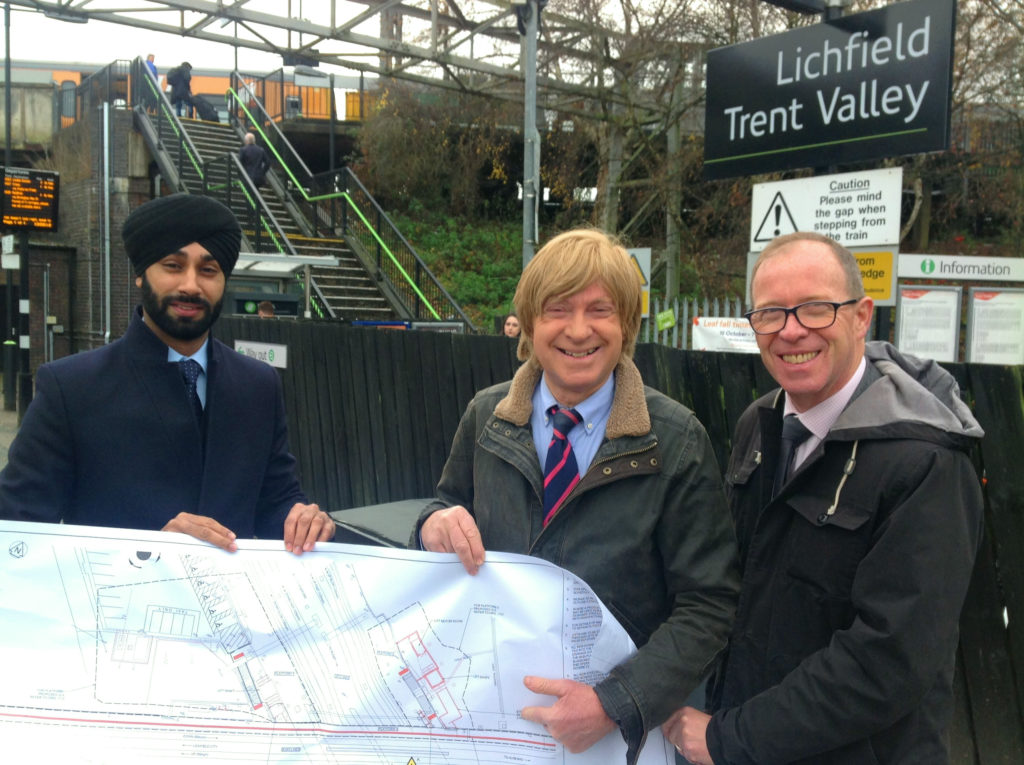 Photo shows Michael Fabricant with Harpreet Singh-Moore and Richard Brooks of Network Rail back in 2018 who have responsibility for the project.