Boris has not been Trump’s chlorinated chicken over Huawei

Compromise is a great British tradition. Often maligned, it is nonetheless sometimes the only way forward, as we saw with Brexit. The perfect need not be the enemy of the good.

The decision taken on Huawei and our 5G Networks, while difficult, nonetheless protects British national security while also ensuring that we remain among the world’s most technologically advanced economies.  And, as I pointed out in the House of Commons, a basic 5G network provided by four separate companies is already operating in some of our major cities and towns with equipment provided by Huawei.

It is often forgotten that Huawei has been part of the UK’s telecommunications infrastructure since the early 2000s. As a result, our intelligence services are perhaps better-placed than any in the world to understand and mitigate any potential security risks. Indeed, every iPhone is manufactured in China as are many different brands of smart phone so CCHQ are more than aware of the potential vulnerabilities to our mobile communications network.

Back in 2010, GCHQ set up the Huawei Cyber Security Evaluation Centre to monitor the company and ensure that Huawei could not become a backdoor for the Chinese government to spy on the UK.

No other technology company in the UK is kept on such a tight leash. But despite this intense scrutiny from MI5, GCHQ and the National Cyber Security Centre, no evidence has ever been found to date of foul play or the potential to access data or affect the resilience of our mobile networks.

With this in mind, it would make little sense to shut Huawei out of the UK telecoms network completely. Indeed, it would be downright self-destructive.

Such a step would not only set UK 5G development back years, it would also have caused disruption to businesses across the country in the UK’s major cities, most of which already have at least some degree of 5G coverage.  Or put in other words, the ‘cure’ would be worse than the disease.

5G isn’t just confined to smartphones – it will form critical part of a huge variety of emerging high-tech industries from automated vehicles and advanced robotics to virtual reality and medical research.

If we want the UK to be a world-leader in these areas, we cannot afford any delay in our 5G rollout.

Unfortunately, the European alternatives, such as Ericsson and Nokia, are simply not capable of filling all the gaps in the market. 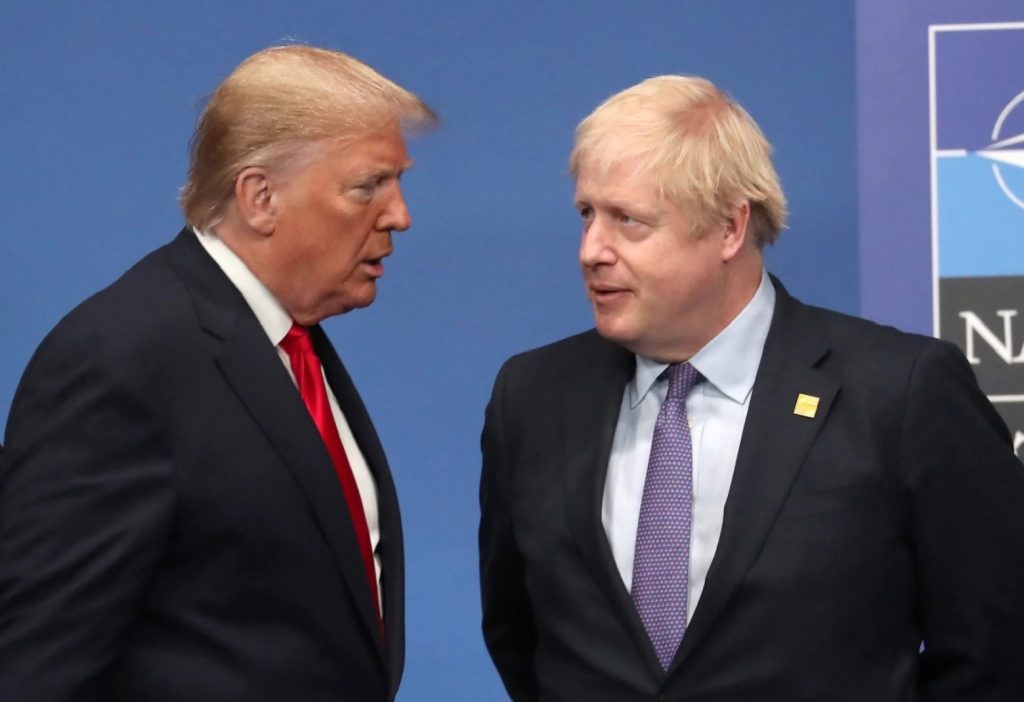 The Government has said that Huawei will not be any part of the secret five eyes communications network nor will it be permitted near to sensitive installations including military bases and nuclear power stations.

With these safeguards in place, we should not be unaware of the Trump administration’s ongoing trade war with China.

Whilst it may be in the US’s interest for the UK to ban Huawei from its 5G network, it is not in the British interest, and that should ultimately be our only concern.

This compromise solution allows us to continue building a strong trading relationship with China while at the same time growing our 5G capabilities without compromising our nation’s security.

By this compromise, Boris has shown he is not Trump’s chlorinated chicken.  If he had banned Huawei outright, he would have been just that.

But it now follows we should now ensure that no effort is spared in defence of Britain’s 5G network. It will be abundantly clear to Huawei that if we so much as suspect they’re being used as a Trojan horse by the Chinese government, they’ll be shut out of the UK for good.

Michael Fabricant is Tory MP for Lichfield, a chartered engineer and  was  Fellow of the Institution of Electrical Engineers.