The killing of Iranian general Qasem Soleimani by an American drone strike has been condemned by European politicians as a provocative, reckless action by an ever increasingly loony President Donald Trump.

Au contraire.  The action was not only defensive, but entirely justified, and the UK should do all we can to support the US as it faces down an increasingly belligerent Iran. 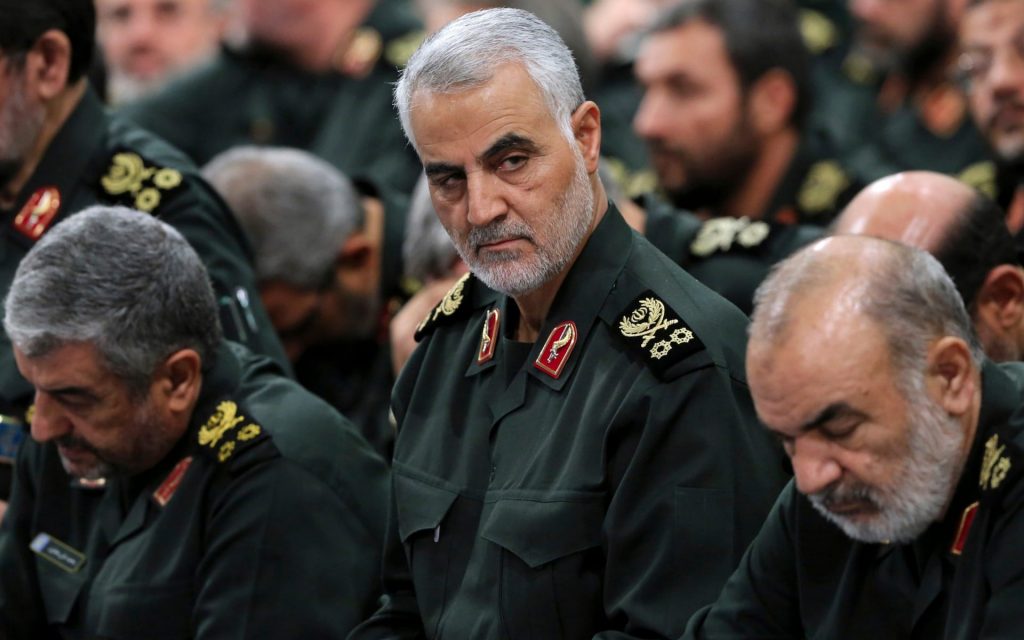 To the hand wringing politicians mainly of the left, I say: the US did not start this tit-for-tat escalation of hostilities. And the present course of non-intervention could lead to Armageddon.

The recent Iranian missile strikes on American bases in Iraq were not really a response to Soleimani’s death, but part of a long-running campaign of terror which began years before Trump ever took office.

In the House of Commons on Tuesday, I highlighted a startling statistic: over 600 American soldiers who have perished in Iraq since 2003 have been killed either by Iran or its proxies. As the Defence Secretary himself replied to me, British servicemen too have been victims of Iranian bombs in Basra.

More recently, intelligence agencies have reported that Iranian-backed terror cells have been plotting attacks on British soil.  And not too long ago, the Parliamentary IT system was paralysed briefly by a cyber-attack emanating in Tehran.

Setting aside for one moment the appalling loss of life the Iranian regime has inflicted upon countless innocent civilians in the Middle East from the Yemen to the Lebanon (of which Soleimani played a key part), how on Earth is it in the British national interest to oppose American efforts to curb Iranian influence in the region?

This is after all a wicked government which openly regards us with hostility, and whatever action we take, our flag will always be burned alongside those of the US and Israel in the strife torn streets of Tehran. For the US is the “Great Satan”, and we are the “Little Satan”.

We must do more than simply fight to preserve the status quo. In his recent address to the American people, President Trump called on the UK to break away from the failed JCPOA Iran Deal, which is now for all intents and purposes, dead.

Trump is right. This deal, which we helped broker in 2015, does nothing to limit Iran’s terroristic ambitions nor has it halted Iran’s relentless march towards a nuclear warhead. With a nuclear armed Israel, it could result in the first atomic bombs being dropped since 1945.  Israel has threatened none of its neighbours. Iran has threatened to wipe Israel off the face of the earth.

Until Iran stops prioritising death and destruction over the welfare of its own people, it is both morally and strategically wrong to continue clinging on to such an agreement.

Calling for “de-escalation” is the usual talk, but only decisive action of the kind that Trump has taken will put Iran back in its box.

The simpering, self-satisfied luvvies comfortable in their coffee shops of north London will be horrified at my stance. No doubt Jeremy Corbyn and people of his ilk will accuse me, as he did Boris at PMQs, of being “unable to stand up to Trump” in pursuit of some sort of post-Brexit trade deal with the US.

But this couldn’t be further from the truth. Nobody wants an all-out war with Iran. That such a conflict would be so disastrous is precisely why in fact we must take a tougher stance on Iran.

Throughout the past year, Iran has repeatedly pushed the boundaries of its aggression; from shooting down a US drone, seizing a British tanker in the strait of Hormuz, drone strikes on Saudi oil facilities, to its culmination at the end of the year: a rocket attack on an Iraqi military base (resulting in the death of an American contractor) and the besieging of the US embassy in Baghdad.

With every provocative action that Iran takes without a significant response, the regime is emboldened to up the ante. In killing their most influential general, the US has demonstrated that aggressive actions now have serious consequences.

Immediately after the attack on American bases in Iraq, Iran threatened to strike Israel and the UAE too. So far they have not made good on that threat, but they may very well try in future if they think they can get away with it.

For all the bluster and rage that pours forth from the Ayatollah in Iran, he will nonetheless recognise that war with the US can only bring one outcome: the destruction of the Iranian theocracy. The Supreme Leader won’t want that.

This is about deterrence, not provocation.

A red line has been drawn, and the UK must now work with America to make sure Iran doesn’t cross it again.