Deal or no deal, we will do just fine — despite what broadcasters would have you think

MPs up and down the land have been receiving a string of emails – often identical – talking of the ‘catastrophe’ that will strike our islands if we leave the EU without a Deal.  And by ‘Deal’ they mean the one negotiated by Theresa May with or without the Irish back-stop.

But in his statement to the House of Commons yesterday (on Tuesday September 3rd)),  Michael Gove said

“There are also opportunities for life outside the EU. We can reform Government procurement rules, get a better deal for taxpayers and forge new trade relationships. We can innovate more energetically in pharmaceuticals and life sciences, develop crops that yield more food and contribute to better environmental outcomes, manage our seas and fisheries in a way that revives coastal communities, and restore our oceans to health.

Michael Gove added  “We can introduce an immigration policy that is fairer, more efficient and more humane, improve our border security, deal better with human trafficking and organised crime, open new free ports throughout the country to boost undervalued communities, and support; business more flexibly than ever before.”

Indeed, the growing frenzy generated by 24-hour tv news seeking worse case Brexit scenarios has made many of our constituents quite hysterical at the thought of No Deal.  The “self-harm” it will do us, as arch Remainer and now well-paid Facebook Executive, Nick Clegg, eloquently put it, understandably worries many.

These include joint recognition of air and road transport with the Mayor of Calais claiming there will be no hold-ups on their side.  Privately, HMRC say 94% of all goods worldwide entering the UK are cleared in 5 seconds using trusted trader status and this percentage will rise overall with goods arriving from the EU. Of course, there will still be DEFRA and Border Force checks for illegal imports:  drugs, exotic meats and live animals, and illegal immigrants.  But these checks go on right now with imports from the EU so no change there.

Early predictions that British airlines would not be able to fly over EU air-space because the Civil Aviation Authority is not recognised or that British trucks would not be able to travel on continental roads have proven to be unfounded.  And remember those claims by Gina Miller that we will need to apply for and buy visas to visit elderly relatives in Costa Brava?  They, too, have evaporated.

Back at the end of June when Theresa May was still Prime Minister, David Lidington – most certainly not a Brexiteer or a member of the ERG – said:

“We have published approximately 750 pieces of communications on No Deal since August 2018, including 106 technical notices explaining to businesses and citizens what they need to do to prepare. Our advice covers a wide range of information, from maintaining funding for EU-funded programmes to driving in the EU after Exit…..

“Since 12th, April the Government has laid SIs to address deficiencies in retained EU law in areas such as the environment, aviation safety, emissions trading and Euratom. The Government will continue to bring forward further statutory instruments to ensure we are fully prepared for Exit.”

Of course, high protectionist import duties on continental Europe will hit some British exporters such as farmers selling lamb into the EU until a trade deal is agreed. But in the meantime, Michael Gove, now replacing David Lidington and who was formerly agriculture Secretary of State, and Sajid Javid, Chancellor of the Exchequer, have both said that the Government will support farmers from the many billions saved each year from not being members of the EU. 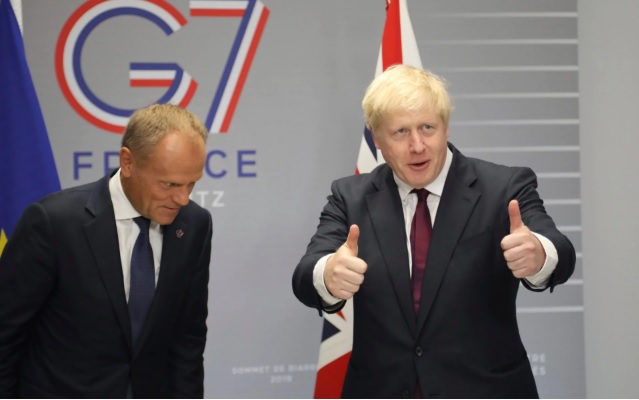 And Michel Barnier and Jean Claude-Juncker have added, that while a trade deal can only be agreed after the UK has left the EU, it should then be negotiated without delay and swiftly concluded.  Both Angela Merkel and Emmanuel Macron have said it is neither in the EU’s nor the UK’s interest to engage in a trade war.  Germany is already suffering from a decline in its manufacturing exports; the UK is a leading importer of German cars.

So Deal or No-Deal, Britain will do just fine.  It would just help if broadcasters occasionally allayed the fears of their many millions of viewers.