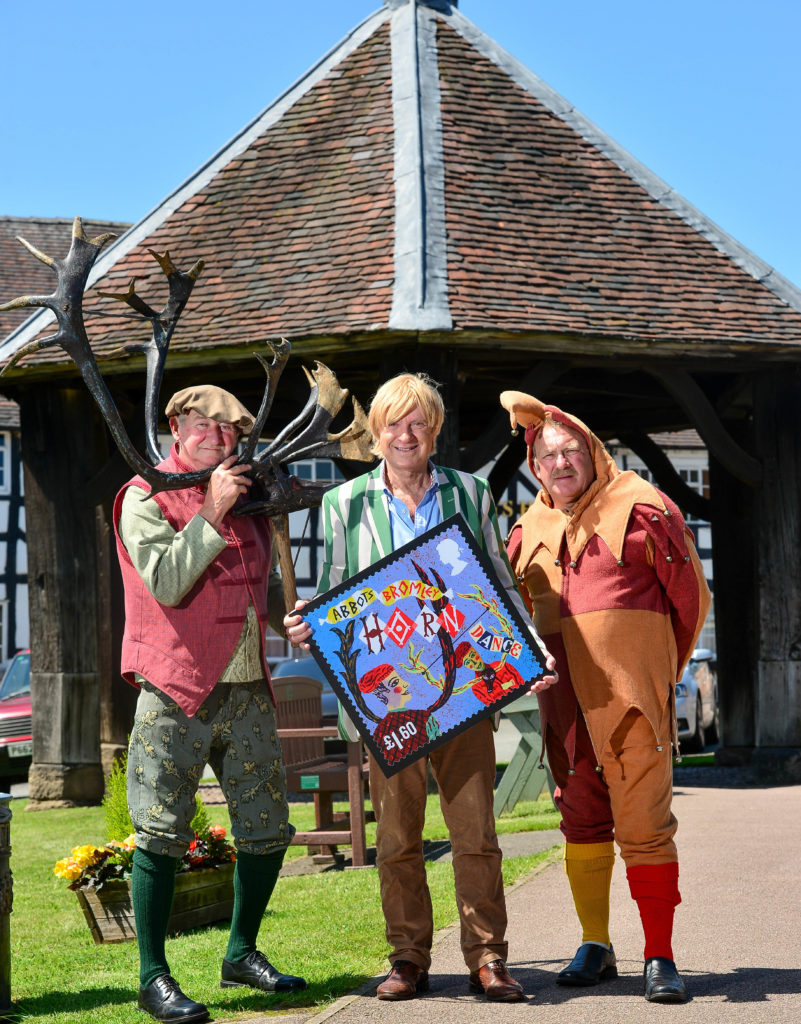 Michael says “The Royal Mail has today launched eight colourful and engaging illustrations, depicting and capturing the spirit of well-known, and some not so well-known, annual customs that take place around the UK. And one of them is our beloved Abbots Bromley Horn Dance.  I was pleased to help launch the stamp with Horn Dancers from Abbots Bromley.  It will promote the northern part of the Lichfield Parliamentary constituency as a tourist destination.  The antlers shown in the photo have been carbon dated and are at least 1,000 years old.” 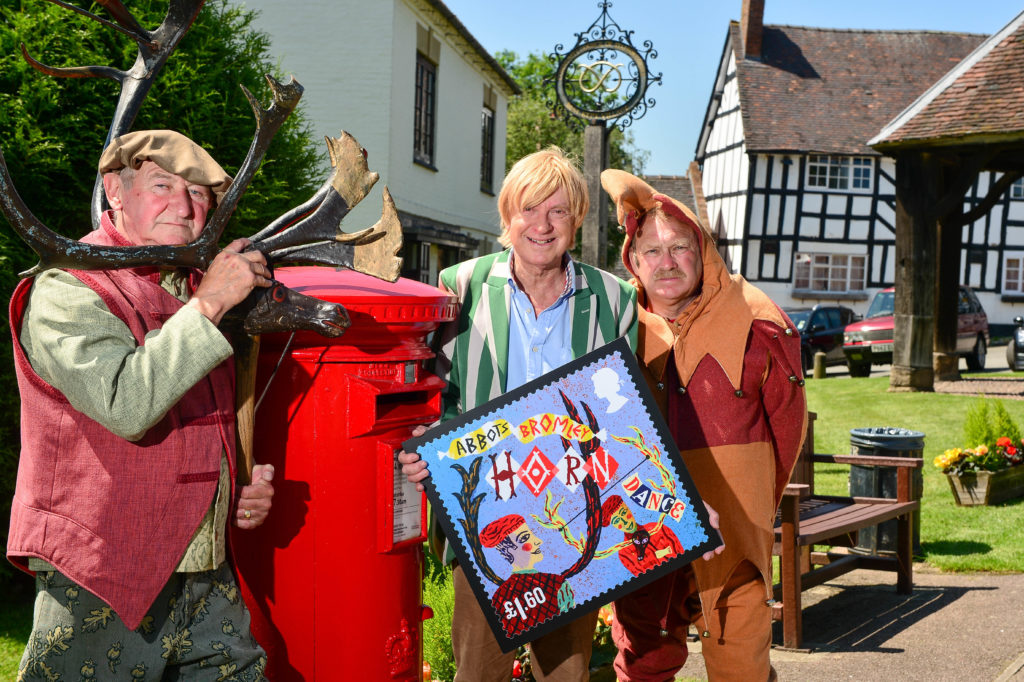 Philip Parker of Royal Mail says: “Communities throughout the UK have been coming together for centuries to share distinctive traditions and mark key dates of the year. These customs continue to evolve, and our new stamps celebrate their diversity and the communities that maintain them.

“The Horn Dance is unique in Europe. Six men carrying huge reindeer antlers plus characters dressed as Maid Marian, Fool, Hobby Horse and Bowman, celebrate ancient hunting rites. They perambulate the Staffordshire parish and at set places perform a dance. The design of the costumes and the dance have been preserved for hundreds of years, with the earliest reference to the horns dating from the 1630s but have been carbon dated to around 1000 AD.”

Many of the customs featured in the stamps involve dancing, singing, dressing up and – literally – playing with fire.

The customs depicted on the stamps are: 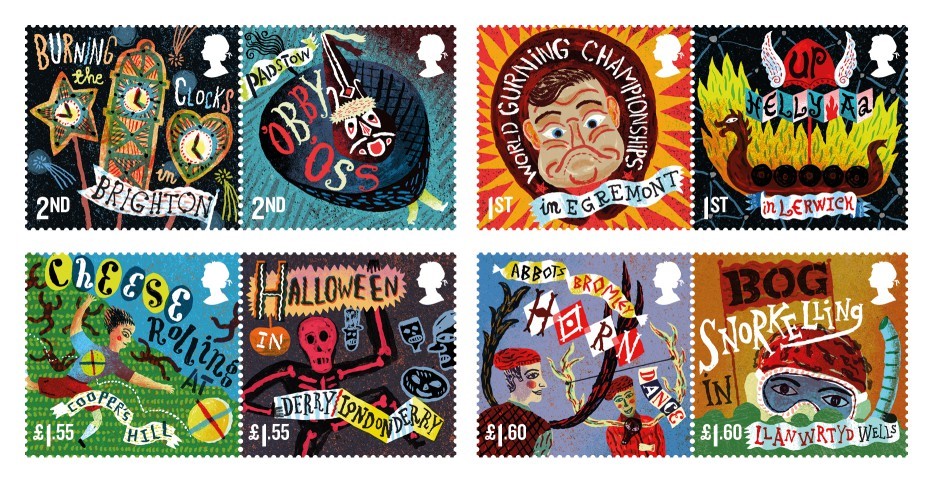