As we celebrate Pride month, Iran continues to take pride in the execution of its citizens

The extent of the murder of LGBT Iranians is almost unimaginable

Fifty years ago in the face of harassment and corruption from the New York Police Department, a riot broke out one June evening following a raid on the Stonewall Bar by the NYPD.  The gay community was not going to take it anymore.  A year later groups of LGBTQ+ people commemorated the riots with parades in other US cities including San Francisco and Los Angeles as well as in London.

Throughout June, in the UK we are celebrating Pride Month and all that the LGBTQ+ community has given to our great country. Parliament has been a sea of colour at various events and it will all end next week when hundreds of thousands of people will take to the streets of London in a joyous celebration of life.

But the freedoms we take for granted in the UK are not universal. Despite the odd outbreak of prejudice – such as the demonstrations outside a Birmingham school which the West Midlands Mayor condemned and described as “homophobic” – the UK enjoys a generally liberal culture.  But 70 UN member states have laws on the books criminalising consensual same-sex sexual acts – that’s almost a third of the countries in the world.

The dramatic ratcheting up of tensions between the West and Iran in recent days and weeks has focused a lot of minds on the country. Its fundamentalist Islamic theocrats are seemingly steering Iran towards a conflict with the United States and its allies through its unnecessary bellicose actions. While much of the attention is rightfully on this frighteningly high-stakes game of Risk, I believe it is incumbent upon us to call out and condemn its extensive human rights abuses; and give a voice to the country’s beleaguered gay community. 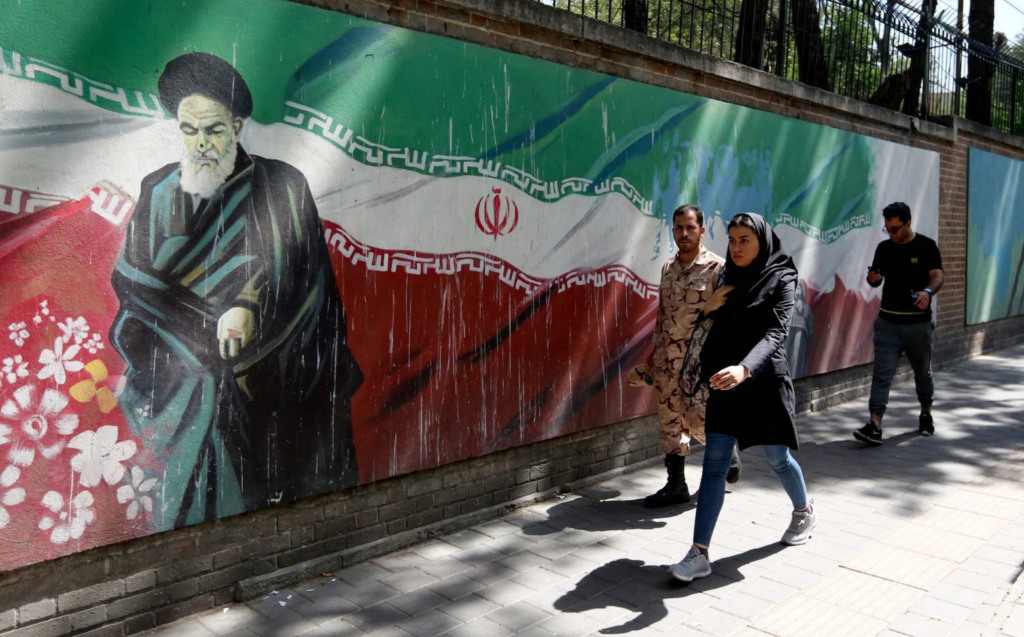 Simply, Iran is one of the most dangerous places in the world to live one’s life as a proud and open member of the LGBTQ+ community. Not only does the community face widespread persecution, harassment and discrimination from the authorities, but homosexuality is a capital offense and ruthlessly enforced by the Sharia court system.

It partly explains why Iran has one of the highest execution rates in the world, which all too often flies beneath the radar as human rights groups busily shine the light on other appalling regimes around the world.

One case surfaced earlier this year, when a 31 year-old man was publicly hanged in January in the city of Kazeroon for daring to engage in a sexual act with another man. The state-controlled Iranian Students’ News Agency coldly boasted that “the citizens of Kazeroon expressed satisfaction and thanked the judiciary”. Regardless of whether there is any truth to this statement, it is undeniable that the regime relishes the punishment it metes out.

The extent of the murder is almost unthinkable. While accurate numbers are difficult to ascertain due to the secretive nature of the regime, a 2008 British WikiLeaks dispatch alleged that the despots of Tehran had executed as many as 6,000 homosexuals since the Islamic Revolution in 1979. It doesn’t bear thinking about how many more have been murdered since.

And who can forget the extraordinary claim of former Iranian President, Mahmoud Ahmadinejad, that there are no gay people in Iran. Such views haven’t softened in recent years, with Iran’s charming and Western-educated Foreign Minister Javad Zarif stating that Iran has “moral principles” to uphold when asked just a few weeks ago about the country’s treatment of its gay citizens.

Iran’s authorities categorise minority sexual orientations and gender identities as ‘deviations’ from healthy norms that can be ‘corrected’ through medical or psychological treatments. Countless gay men in Iran has been forced to undergo sexual reassignment surgery.  Emasculation.  For many it is the only way to avoid persecution and death.

The West was misguided in its separation of Iran’s gross human right violations from talks over its nuclear programme. After all, you can tell a lot about a nation, based on how it treats its own citizens. At no point has Tehran given the impression that it values life in all its many shapes and forms. The Iranian leadership are no friend of ours, and to trust them when signing up to the nuclear deal was a big mistake. To trust them again would be foolhardy and we could reap the whirlwind through a major regional conflict.

While we here in the UK we celebrate Pride, Iran will instead continue to take pride in the execution of its citizens.