Having sunk to humiliating herself and our nation by begging for more time in Brussels, the Prime Minister should not expect to be buoyed by her party’s support. 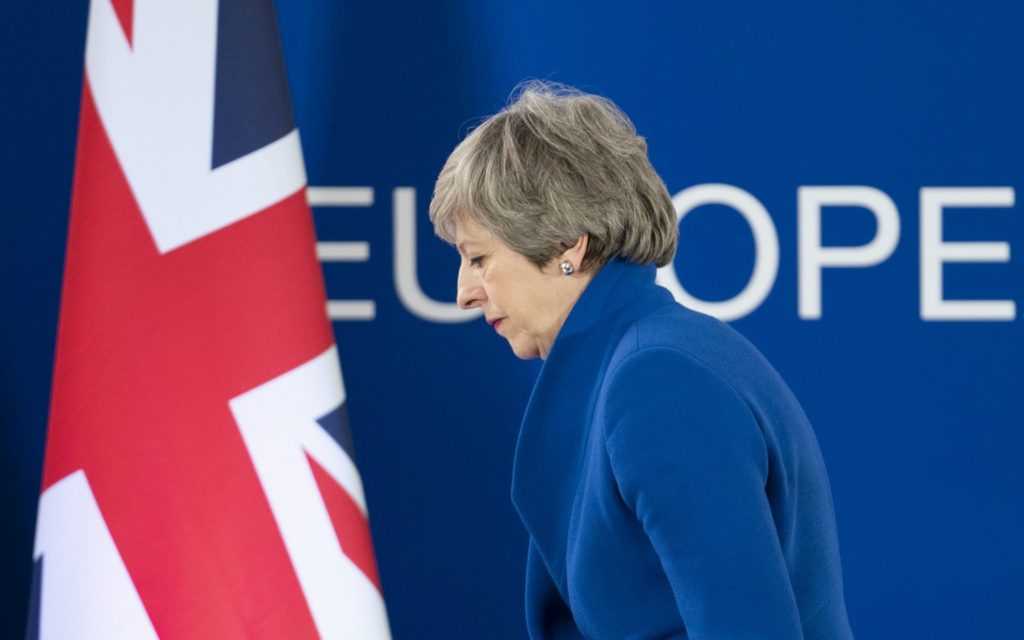 Ninety six other Conservative MPs and I voted against an extension of Brexit beyond Friday. A further 80, including Cabinet ministers, abstained. The order was passed only with the help of 223 Labour MPs, who were whipped to support the Government.

How has No 10 become so out of touch with its own MPs and supporters? It goes back at least seven years. In November 2012, when I helped run Conservative campaigning, I published a document for David Cameron when he was prime minister. It demonstrated clearly the urgent need to address the Ukip issue.

At the time, Ukip’s polling was running at eight per cent. Taking into account regional variations, I showed that around 30 marginal seats would be lost to Labour and the Liberal Democrats if this continued.

It would mean us losing the 2015 general election.

Cameron was decisive.  By announcing that we would hold an In-Out of the EU Referendum, he won an overall majority. Just 12, but enough to form a Government.

This was predictable when the Prime Minister decided to pursue her lame duck Withdrawal Agreement in the face of opposition from her DUP partners and both leavers and remainers alike on the Conservative benches.

Leaks now suggest that a Labour-Conservative compromise will involve the UK remaining in the Customs Union, albeit weakly disguised under some other name concocted by Robbie Gibb, No10’s Director of Communications.  If true, this will boost UKIP and their allies still further. It will shave more votes off Tory seats losing scores of our marginally held constituencies.  The beneficiary will, of course, not be the Brexit parties;  it will be Labour and Jeremy Corbyn who will be able to form the next quasi Marxist Government.

1997 was the nadir of Conservative support in the country.  I remember it well.  I was defending a notional majority of around four and half thousand following a boundary change and I had inherited a traditional Labour supporting area which didn’t yet know me as their MP.  I won with a majority of 238 votes after a recount.  I know what it’s like to be marginal.

The Conservatives lost 171 seats leaving a rump of just 165 Tory MPs.  Twenty brand new MPs were newly elected in 1997 and they decided to form the Everest Dining Club to celebrate the mountain they had climbed. They are a broad mix of MPs with different views on Brexit.  But they all share one thing in common:  they believe no matter how bad the political landscape can become, it can’t be any worse than 1997 and the Conservative to Labour swing of 11%.  Remember that figure.  They believe they will all be re-elected regardless.

The Everest members include Theresa May and Phillip Hammond as well as Dominic Grieve. She won in 1997 with a majority of 11,981 over the Liberal-Democrats and the Chancellor won by 9,875 over Labour.  Their present majorities have since soared and the Prime Minister enjoys a majority of over 26,000.  There is nothing wrong with that.  My own paltry majority of 238 in Lichfield has now risen to 18,581 representing 64% of the total vote.  It would now take a 17% swing from the Conservatives to Labour to unseat me.

The difference is:  I remember what it was like to have a marginal seat.  Most of the Everest Club members do not.

Just a 2% swing from the Conservatives to Labour aided by UKIP and the Brexit Party again shaving off Conservative votes or disgruntled Conservative voters staying at home, would lose around 30 marginal Conservative seats. One of the first to go would be Amber Rudd’s leave-voting seat of Hastings and Rye.  That only needs a 0.3% swing.  Meanwhile, a 5% swing would result in around 65 Conservative MPs losing out.  With a 10% swing, the Party would be decimated.

As Theresa May goes back to the EU this week to beg for extra Brexit time and possible European elections in the UK, will she realise that the electorate have long memories?  For Brexit must mean Brexit.  A Customs Union or worse will result in another 1997 catastrophe for the Conservative Party and our nation.