Conservatives must back no-deal because ‘sorry, we botched Brexit’ won’t win us a general election

On Monday April 1st, yet again, Parliament will be setting its own agenda and not those of Her Majesty’s Government. It now seems all roads point irrevocably towards a General Election.  And the very toughest decision of all now faces the Prime Minister. 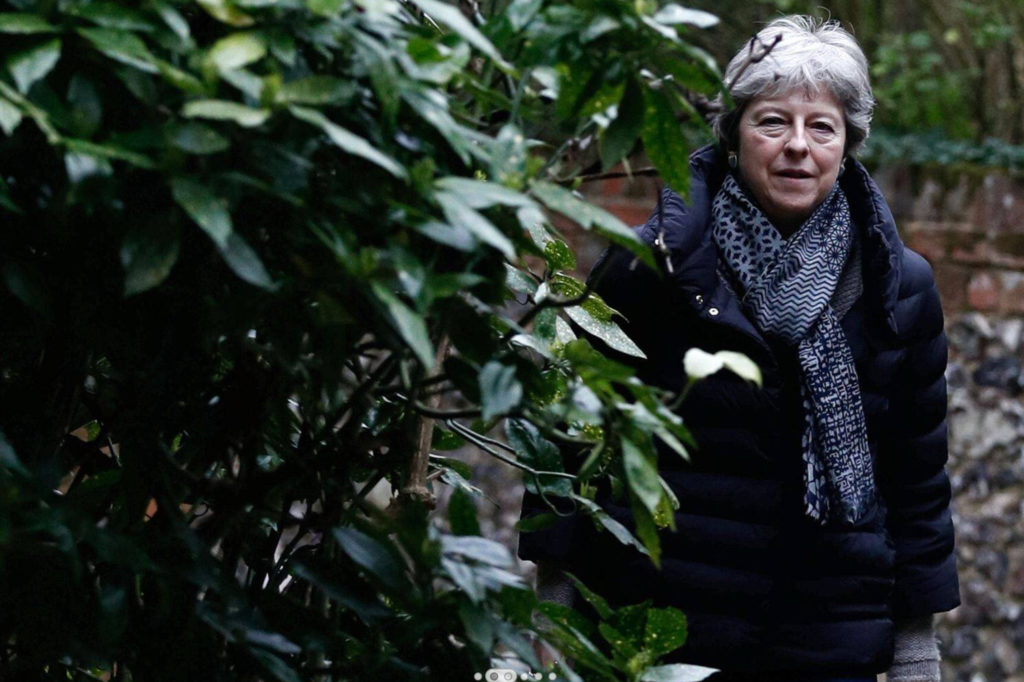 The choices before Parliament seem to have been whittled down to just three alternatives:  revoke Article 50 and maybe have a 2nd Referendum; leave, but only in a Customs Union with the EU; or leave without a deal.

My guess is that Parliament will choose the Customs Union with the support of the SNP who abstained last time round.  Apart from the SNP (who, at least, are honest about it), Labour and the other parties dare not openly reject the Referendum and instead demand the softest Brexit possible.

But a Customs Union with the EU, favoured by the Opposition and some Tory Remainers, is an anathema to all those who voted Leave in 2016.  It is virtually a cipher for Remain.  We would have no control over our own trade policy, no control over product standards, and the European Court of Justice will continue to hold sway over large areas of British economic life.

My colleague, Greg Hands, a former trade minister, has argued forcibly that losing control of all aspects of trade policy – out of the EU, we would no longer be seated at trade policy making forums in Brussels – would severely reduce our global influence as a major power.

But most seriously of all, remaining in a Customs Union runs counter to the Conservative Party manifesto.  This would be the most unpalatable formula for Conservatives who voted Leave back in 2016.  And if the EU were to go further and insist we must remain in the Single Market too, we will also have lost control of our borders.

Jeremy Corbyn knows that if the Government were forced down the Customs Union route, he could trigger another No Confidence vote which would have the support of a number of hardline Conservatives; and this time he would win.  This would almost inevitably lead to a General Election at a time when the Conservative Party is least prepared for it.

But there is an alternative.

When I used to help run our by-elections, I was well aware that we needed to keep on side Tory voters whose overwhelming political imperative was to leave the EU.

If Britain were to leave without a Deal on April 12th, we would be doing this.  Huge tranches of legislation have already been passed on both sides of the Channel to mitigate most of the effects of a No Deal Brexit.  It would be a Brexit that everyone would recognise as such and put the Conservative Party in a better place as we approach a General Election.  A cheated Brexit, however, would be remembered by voters for years to come.

Achieving a No Deal Brexit is easier said than done.

Oliver Letwin and others have made it clear that if the Government fails to act on the indicative votes on Monday night, Letwin et al will.  They will pass an Act of Parliament over the coming two weeks – most of the Parliamentary Easter recess now won’t happen – and if the Queen enacts a Bill most likely instructing the Government to remain in a Customs Union, the Government will have little option but to comply.

This could be avoided by the prorogation of Parliament and possibly by other procedural means.  And in less than two weeks, the United Kingdom would finally leave the EU cushioned by existing legislation.

Of course, things will inevitably go wrong in the first few weeks and will be seized upon by the media.  A shortage of Spanish tomatoes in Taunton, Waitrose running out of Dutch iceberg lettuce in Lichfield.

But we will have delivered Brexit and the long term future would be as good as all of us who voted Leave first envisioned.

The Conservatives need a Churchill, not a Chamberlain.

Nobody doubts the resilience and the capacity for sheer hard work by Theresa May.  When she became Prime Minister, she must have always known that delivering Brexit would be the toughest deal for any Prime Minister since Suez.  For that reason she gambled on the 2017 General Election.  She lost.  Mainly through her own making.

But now she must gamble again, be bold, and win.

If we are going to lose a vote of No Confidence (because hard line Remainer conservatives may vote with Corbyn on a No Deal Brexit), let us face the consequential general election at least from a position of political strength.

As the election campaign starts, would it not be better for the Conservative Leader to cry out:  “We tried to pass the Withdrawal Agreement but lost because of the political opportunism of the Labour Party who tried to thwart the will of the British people. But despite that, we have now delivered Brexit.  And we are going to make a success of it!”

Better that, than “We tried to deliver Brexit but we botched it.”