If Britain holds another Brexit referendum I’ll be leading the fight for a THIRD – Or the best of FIVE!

Now that Jeremy Corbyn’s Labour Party is backing a second EU referendum, a “People’s Vote”, I would like to put on record here and now that I support a third referendum, the “Democratic Vote on the People’s Vote”, preferably within three years of the second one. 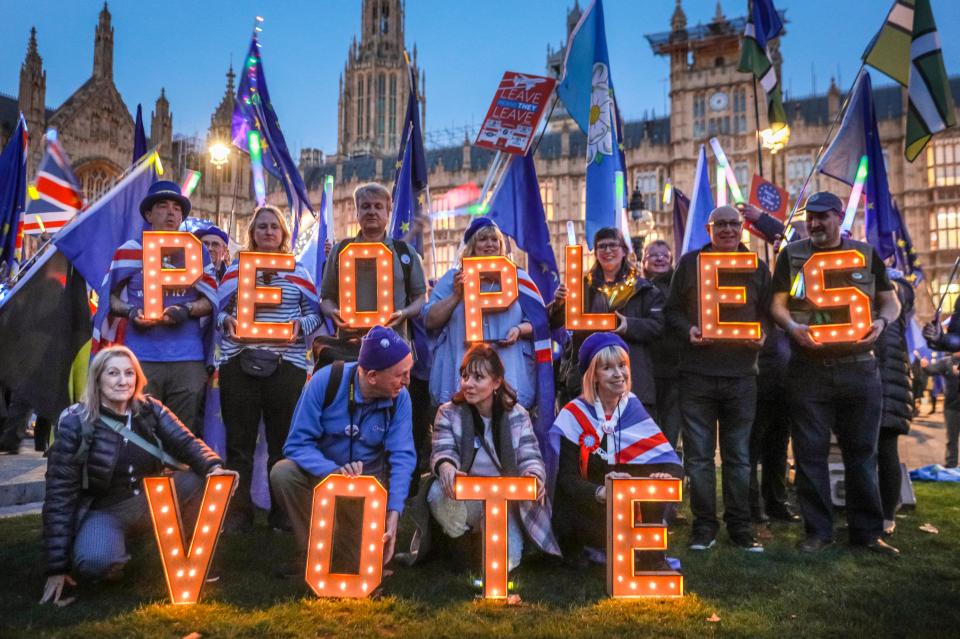 Unlike some in the Remain camp, I’m at least willing to admit that I am not prepared to accept the results of the next referendum if my side loses – or even if we Brexiteers win. And I’m saying that before we even have a second vote.

Unlike some in the Remain camp, I’m at least willing to admit that I am not prepared to accept the results of the next referendum if my side loses – or even if we Brexiteers win.

Now, don’t scoff at the idea, but is it really less preposterous than having a second referendum? If the result of the first referendum can be overturned, is it not right that the electorate then have the chance to overrule the second as well?

After all, one of the main arguments by proponents of a People’s Vote is that “facts change”.  Which is true.  But then, it follows that the facts will inevitably change again in a few years’ time.

If this second referendum were to take place, what would happen if Remain wins a narrow victory – and it is unlikely it would be anything more than narrow?

We would then be left with an difficult situation: two votes, two different results, yet with one result being carried through and the other ignored.  And if Leave wins, again by a narrow margin, will the turnout likely to be as high as 72.2% as it was on the first vote or would voter fatigue have set in?  Would that result then be seen as being as legitimate as the first?

A third and final referendum on the EU would thus be the only way to break the tie, although there is of course a risk that one side could win two of the three referendums yet have fewer votes in total than the other side.

Alas, this is the can of worms Jeremy Corbyn and the People’s Vote campaigners will be responsible for opening. After two and a half years of whining because they didn’t get the result they wanted, on one of the highest turnouts ever, Remainers can have no complaints if Leave voters do the same.

The damage and division that would be inflicted upon this country’s democratic institutions by ignoring the 2016 result would linger for generations.

After battling so hard for a referendum on the EU, and then fighting to keep it fair, Leavers are now battling once more to make sure the result is carried out.  Having contracted out the decision to the British people, Parliament should keep its word.

Preserving the biggest democratic mandate in British history has sadly become a Sisyphean task, an eternal struggle against the self-righteousness and holier-than-thou disciples of the sacred EU project.

Remainers often argue that we need a second referendum because “more democracy is never a bad thing”. In that case, how can they object to even more referendums?

So, it’s time go back to the people for a third time to put this to bed once and for all, or at least until the fourth referendum campaign gets into gear.

And if that doesn’t settle the issue, how about the best of five?