I’m a liberal Tory and a member of the ERG. How dare the splitters call me an extremist

When I entered the House of Commons, I voted for equality so that men could have sex with men at the same age as men could legally have sex with women: 16.  I lost that vote back in the early 90s, but the age was dropped to 18 from 21.  Eventually, equality was reached.  I have consistently voted liberally on gay issues including gay marriage, raising the term age of abortion for women and alongside the Labour MP, Paul Flynn who recently passed away, on drug use.  I describe myself on social media as “socially liberal”.

I am.  No-one can accuse me of being a rabid right winger. 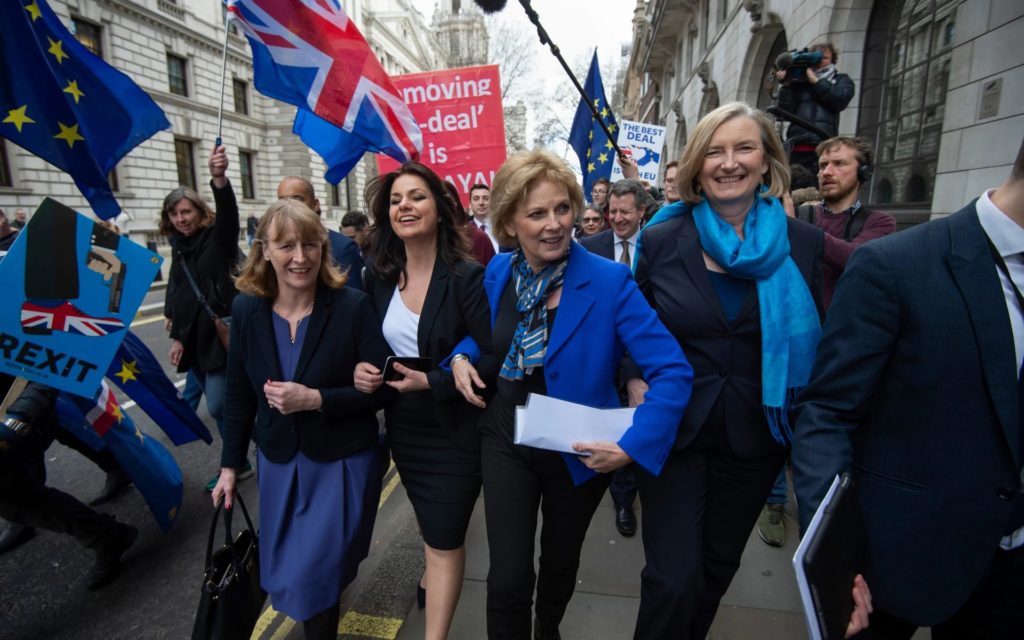 There is nothing ‘extreme’ about upholding democracy, argues Michael Fabricant
CREDIT: JULIAN SIMMONDS

So I was appalled, angry and offended when the three Conservative defectors to The Independent Group tried to excuse their actions as being caused by a lurch to the right in the Conservative Party and suggesting it is dominated by the “right wing” European Research Group.

I am a member of the ERG.  I am not right wing, but I am determined that the will of the British people as expressed in the EU Referendum be executed.

Although I have huge sympathy with the eight Labour MPs who have been effectively driven out of their own party through antisemitism and by Momentum activists locally, the three Conservative MPs left for very different reasons.  Their wish is to thwart Brexit.

To disguise this by accusing the Conservative Party of lurching to the right and being “intolerant” is disingenuous.  The intolerance of  these MPs who believe they know better than voters, and their hatred of the electorate has driven them out of the Party.

The Independent Group, while welcoming its new Tory members should be aware that there could be a challenge to its soul.  The three Conservative defectors and eight former Labour members will make uneasy bed fellows.

Meanwhile, to characterise the European Research Group founded by Lord Michael Spicer and others in the early 1990s as a “party within a party” is patent nonsense. However, like the Conservative Parliamentary Party, the ERG is not homogenous with members holding different views on a number of separate issues.

I joined the ERG then though later left when Michael Spicer quit when he became Chairman of the 1922 Committee.  I re-joined after the EU Referendum.

The recent decision by members of the ERG to abstain on a Government motion which might have had the effect of ruling out a No Deal Brexit at a crucial time in our negotiations with the EU, was taken democratically yet many ERG members voted with the Government despite that.

Sarah Wollaston and others talk about Theresa May “pandering” to the ERG and the DUP.

But the truth is, the views held my Dr Wollaston and others are a minority in the Conservative Parliamentary Party and the Party at large.  They have only themselves to blame for their alienation which has grown steadily since the Referendum and the Prime Minister’s determination to carry out the will of the British people.

Remarkably, on all other issues, Soubry, Wollaston, and Allen have supported the Government on its liberal programme of reform.  Apart from Brexit, this group of Remainers have up until now seemed more than satisfied with the direction the Government has taken.

It is sad that they have chosen to leave and they will be missed.

But to blame their defection on the ERG and to attempt to characterise the group as steering the Government to the right is both inaccurate and a deliberate deception.  The truth is, it is their own intolerance which drove them to leave.