Democracy-hating Remainers are the true extremists

On Thursday, the Government lost its main Brexit motion before the House of Commons by attempting to be all things to all wings of the Conservative Party. Incorporating not only changes made by the Brady Amendment which called for the backstop to be renegotiated, but also Caroline Spelman’s amendment ruling out no deal, proved unacceptable to Brexiteers as a serious negotiating ploy.  After all, would any serious trade union take strike action off the table before negotiating with management? It would be a gift to employers.

Long-standing tensions between Remainers and Brexiteers in the Conservative Party are mounting as we approach March 29.

Nicky Morgan’s decision to back the Malthouse Compromise has seen her “lose friends” and be removed “from a fair number of WhatsApp groups”. Anna Soubry’s personal comments about the Prime Minister and the Party after the vote are seen by many as disloyal and unacceptable. 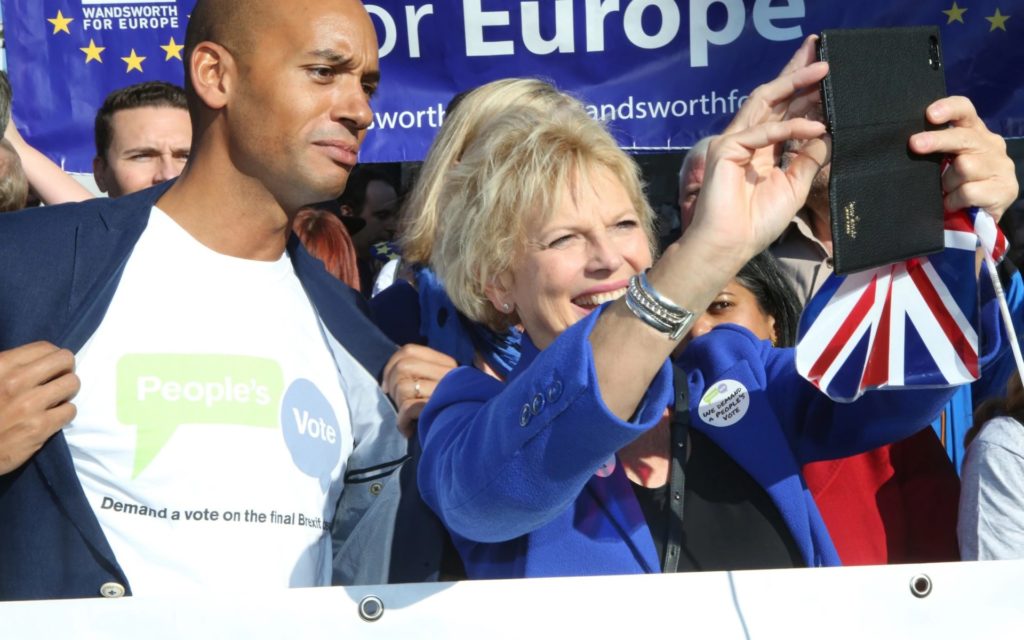 Remainers are becoming increasingly intolerant and extreme in their views as they battle a new, unwelcome, status quo.

Following the referendum, a normally stable and close friend who voted Remain and is now a politician, refused to talk to me for two weeks other than to snap “It was your constant tweeting for Leave that got my goat”. Like Theresa May, he now accepts that we are leaving and must make it work. Another old friend who writes for a national newspaper and has a regular programme on Radio 4 still refuses to engage with me, so convinced is he of the rightness of remaining in the EU.

David Cameron famously characterised UKIP supporters, and perhaps eurosceptics in general, as “fruitcakes and loonies”, swivel-eyed and most likely frothing at the mouth too.

Yet today’s frothers are the hardcore Remainers who desperately seek to overturn the decision of the electorate. Just witness the behaviour of some of them outside Parliament, chanting abuse and waving EU flags while embattled newscasters struggle to make themselves heard over the din on the 24 hour news channels.

In Parliament, it is not just lawyers who are battling against democratic outcomes. Medical clinicians turned MPs have also become obsessive and intolerant because, we must understand, they are “good and caring people who know best”. This attitude may yet survive in the doctor’s surgery, despite the internet which has empowered patients, but it does not necessarily follow in the legislature.

Their amendments to Parliamentary motions and demands for a second referendum because the foolish electorate “didn’t really understand what they were voting for” are gaining momentum. Though they may portray their crusade for a so-called “People’s Vote” as a positive movement for democracy, based on optimistic, grassroots activism – at its heart lies a deep and pessimistic insecurity.

A number of organisations with warm, fluffy-sounding names are affiliated with the campaign. The official People’s Vote website boasts the involvement of, among others: Open Britain, Healthier In, Our Future Our Choice and For Our Future’s Sake. From a distance, their protest marches have appeared vibrant and colourful, with people of all ages and backgrounds taking part.

The reality, however, is far less cute.

Open Britain, the main group behind the People’s Vote, is simply a rebrand of the Stronger In campaign, notorious for its failed Project Fear activism during the referendum.

A closer look at the second referendum protests also reveals a considerably less smiley and polite atmosphere than is claimed. Photographs from marches show signs bearing messages such as “BrexS**t”, “Boris you w****r” and of course the ubiquitous “b****cks to Brexit” stickers, which can be found plastered over any flat surface within 500 yards of an anti-Brexit protest, and even in the precincts of the House of Commons.

Dig deeper, and the hardcore Remainer narrative becomes even more cynical and spiteful – perhaps best exemplified by their morbid fascination with death.

Generally, the older you are, the more likely you are to have voted Leave. Remainers therefore argue that since the referendum, potentially millions of Leave voters have died, thus necessitating a re-run.

In a recent article, prominent Remainer Polly Toynbee argued that “enough old leavers will have died and enough young Remainers will have come on to the electoral register to turn the dial on what the country thinks about Brexit.” The true ‘will of the people’, she argues, “looks considerably more questionable if it turns out to be the will of dead people”.

Not only is this a disrespectful, hateful argument, it is also completely bogus. The same could also be said of support for the Conservative Party. But in fact, as people grow older (and wiser), their attitudes change too.

Perhaps it’s because I am a sunny optimist that I was an entrepreneur before I became an MP – and perhaps I envisage a brighter future for our nation after Brexit for the same reason.

And on the topic of clinicians, I just wish that some of my sunny optimism were contagious.