When Theresa May rose to answer Prime Minister’s Questions the day after the unprecedented defeat of her deal last week, the atmosphere was flat. Even the later debate on the no confidence motion – normally a high voltage affair – was low key, bar the rumbustious summing up by Michael Gove.

The only MPs with their tails in the air were the Remainers. Dominic Grieve, Nick Boles, and others were  already planning to table amendments designed to prevent Brexit happening as planned on March 29, while arguing, somewhat disingenuously, that they are only against no deal, even when they knew the Government’s deal would be defeated. 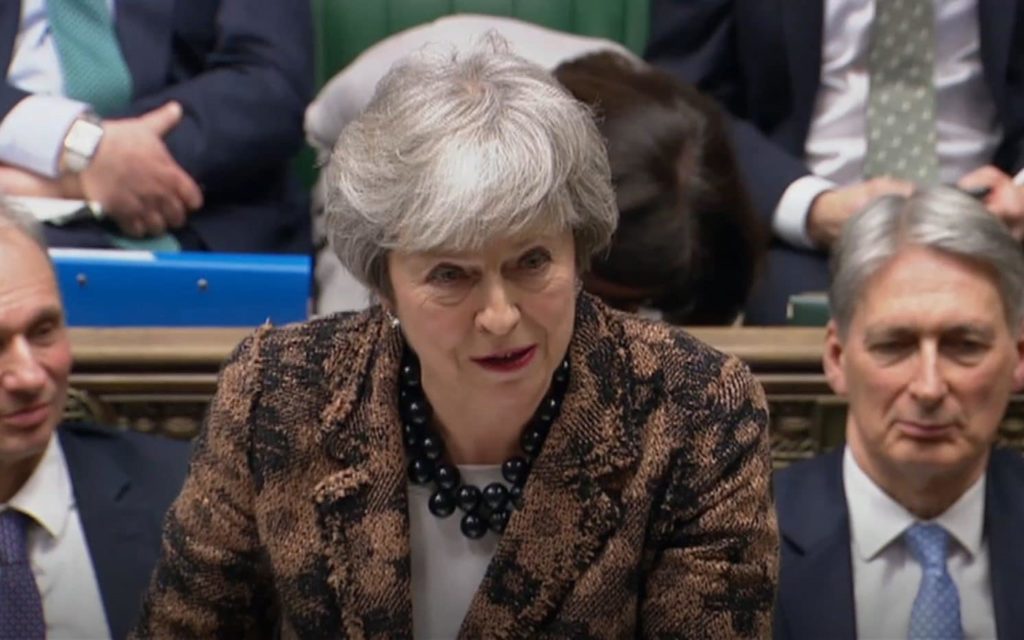 Until recently, Brexiteers have taken comfort from standing orders and  Erskine May, the bible of parliamentary procedure. The rules as we know them state that only a government minister can move to enact legislation that requires money to be spent by the state. Yet with the Speaker recently tearing up hundreds of years of procedure, anything might be possible.

With over 70 per cent of MPs and the Speaker himself declaring they voted Remain in the referendum, the Commons may well pass motions seeking to frustrate Brexit. It has passed motions that interfered with the Brexit process in the past and there’s no reason to think it won’t continue, especially as a No 10 spokesman yesterday suggested the House may now choose to hold a series of indicative votes.

Such motions would not be legally binding on the Government, but a Conservative administration would almost certainly be unwilling to cause a constitutional crisis by ignoring the will of Parliament.

However, in the new world of politics, this may be a necessary course of action. Observers will have noted that the Government already ignores vexatious motions put down by Labour on Opposition days.

What if a motion were passed by this Remainer Parliament saying that after Brexit we must stay in the customs union?

That prospect is now looming large. Jeremy Corbyn has stated on numerous occasions that Labour supports remaining in the customs union. The SNP, Liberal Democrats and all minor parties except the DUP all supported Remain and could all join in with efforts to soften Brexit. Only a few days ago, David Gauke, the justice secretary, floated the idea of compromising on the customs union to buy Labour support for a Brexit deal.

Many Brexiteers would regard continued membership of the customs union as crossing a red line. I certainly would. What would be the point of Brexit if, by remaining in the customs union, we stay locked into the EU’s agricultural trade policy and continue to forfeit our seat at the WTO, having no say on global tariffs, despite being the world’s fifth largest economy? Moreover, there are few greater expressions of Britain’s national sovereignty than regaining the ability to make independent, bilateral trade deals with the world’s burgeoning economies.

I voted against the Withdrawal Agreement because it would make it harder for us to make those free trade deals with the rest of the world.

Were we to stay in the customs union, it would turn a difficult task into a practical impossibility – it would be the ultimate betrayal of the people’s referendum. I would rather have voted Remain than find myself out of the EU but still having to follow their rules. As I have previously pointed out in The Telegraph, both the EU and UK are taking measures to ensure a smooth transition in the event of no deal – a much better outcome for Britain.

So I urge the Prime Minister: in the event that Parliament tries to take control, she should take a leaf out of Speaker Bercow’s book. Defy convention, ignore any resolutions by this Remainer Parliament and turn a blind eye to unwritten rules.

The PM should take her instruction from the British people, who were clear in 2016, and not from the Remainer Parliament. The European Union (Withdrawal) Act 2018 is on the statute book and unless changed by further legislation, the UK will leave the EU on March 29, with or without a deal. 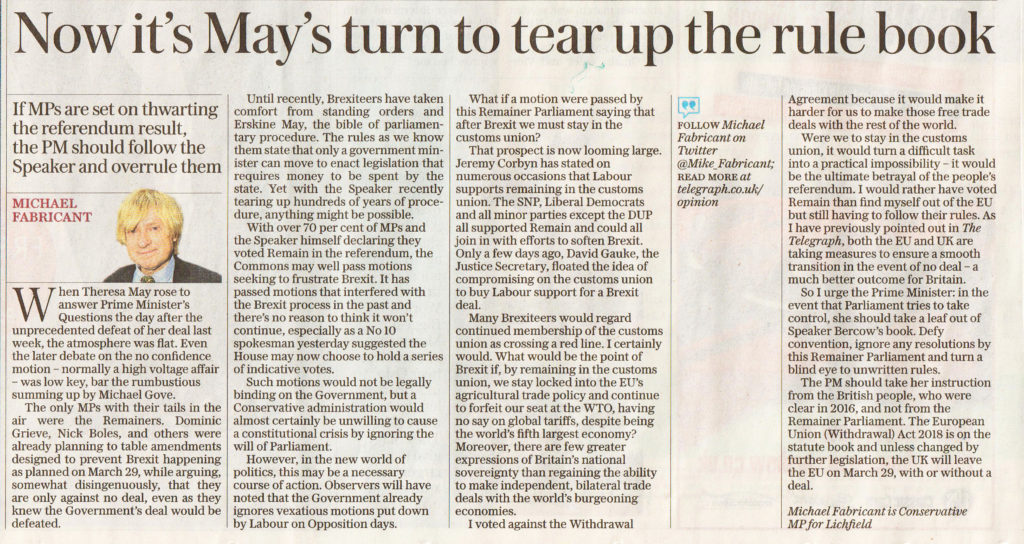