Michael Fabricant says he is “keen to see better training and opportunities for female coaches in football”.

On Tuesday 14th November, Michael met Armitage resident Elsie Baxter who has been successfully chosen as one of the 50 coaches Betfair is funding to complete their UEFA B licence, with the long-term goal of increasing the number of women at the top of the coaching pyramid.

Michael says: “I really enjoyed meeting Elsie who will soon undergo training for her UEFA B licence. I wholly support this initiative to level the playing field for women in football and in sport more generally.

“Betfair will provide the £50,000 required to place the 50 coaches on the relevant courses and the campaign will run until each coach has completed the course. The 50 chosen female coaches will be given access to football clubs around the UK to ensure they gain the experience and knowledge needed for the license.

“I hope to see Elsie coaching an international team in due course.”

Naomi Totten, from Betfair, says: “I am delighted that Michael Fabricant has announced their support for the Betfair Fairer Game campaign, which seeks to challenge the gender disparity for women in football. We hope that by working together we will see increasing numbers of women coaching both women’s and men’s football”.

Rachel Yankey OBE (Former Arsenal & England player) and ambassador for Betfair’s Fairer Game says: “This campaign is a huge leap in the right direction for women in football and I am really excited to see so much positive support from MPs for such an important issue. The 50 women who were selected are a real credit to women within the industry and their drive and determination to succeed is truly inspiring.” 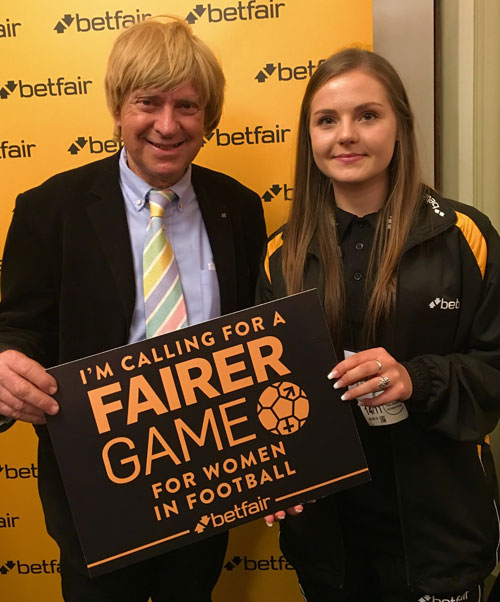