Michael Fabricant – a Chartered Engineer – visited the Sandfields Pumping Station in Lichfield on Friday 3rd November to see for himself the work being undertaken to restore the massive steam powered beam engine that used to push millions of gallons of water each day uphill to save the people of the Black Country from death from cholera.

“This magnificent Cornish Beam Engine must be preserved” says Michael. “Reading about it in books is no substitute to seeing the massive beam working the force pump which lifted tons of water on each stroke almost 400 feet to push it up to the Black Country where thousands were dying from cholera caused by contaminated water.

“Fresh water from Lichfield saved the lives of tens of thousands of midlanders in the nineteenth century. Some might say, it saved the Industrial Revolution.”

David Moore, chairman of the restoration group, and Cllr David Dundas, a member of the committee, showed Michael the work needed to restore the engine and explained the workings of the complicated valve system which enabled the massive beam to rise and lower 7 times a minute.

“Once the beam engine is restored, it will be open to the public and schools and will be a valuable resource generating additional income to our City” says Michael. “The South Staffordshire Water Company are to be congratulated in ensuring that this magnificent 19th Century Cornish Beam Engine was not removed once the pump was replaced with more modern systems” Michael adds.

Further information can be found at
www.lichfieldwaterworkstrust.com

Photos show Michael with Cllr David Dundas alongside the beam and with the valve control systems. 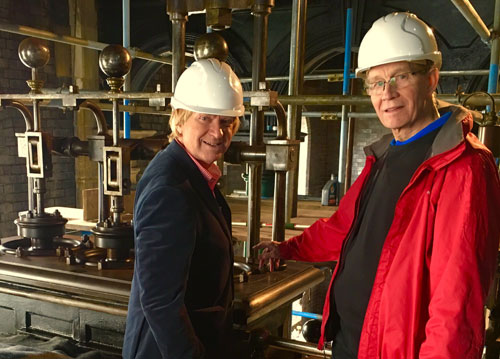 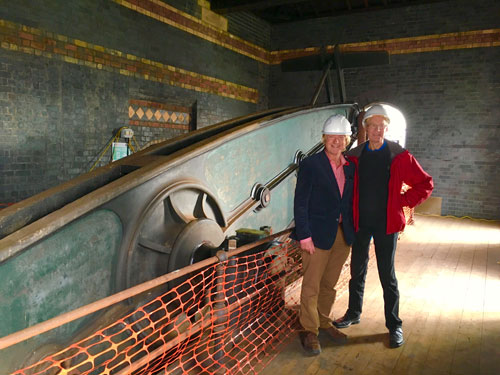